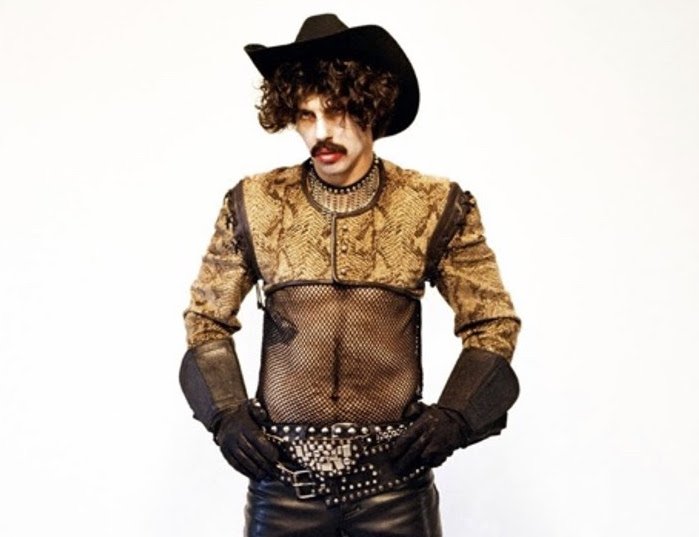 Having spent the last few years building up his sound through explorative cultivation and innovation, newcomer Stolen Nova is now introducing himself to the world with his blistering debut single 'Vortex'.

Naming the likes of Tame Impala, David Bowie, MGMT and Prince as influences, 'Vortex' makes for a brilliantly wild and groove-filled introduction to his direction. Accompanied by a stunning new video, created alongside renowned photographer and visual artist Nadia Lee Cohen, his first effort gives us a strong sense of what we can expect from him in the near future.

Speaking about the new release, he said, “Vortex started out as a single guitar riff, and originally was more of a fast rock song, somewhere in my comfort zone. After it echoed around in my head and the melody drove me crazy for some time, I re-approached it inspired by Prince and Funkadelic, that sort of groove and style, that’s what I was feeling. It surprised me and that's when I got excited, and it felt like a fresh chapter. That chapter is Stolen Nova.”

And on Nadia Lee and the video, “She showed me this British prank phone call show “face jacker” or “phone-jacker”, something like that. It led me to watching Monty Python and old Dada films like “Andalusian Dog”, and I leaned heavily into Jamie Reid’s art which I've always loved. I got obsessed and it spiraled into what you see here. Hours of cutting my head off and making it fly out of an egg and onto a woman’s body. When nothing is real, everything is possible.”

Check out the new video for 'Vortex' in the player below.

10 hours 36 min ago Since launching his Supershy project earlier this year, Tom Misch has proven himself quite the da

5 hours 46 min ago After cementing himself with his breakthrough debut album 'The Collection Vol.1' in 2020, a relea