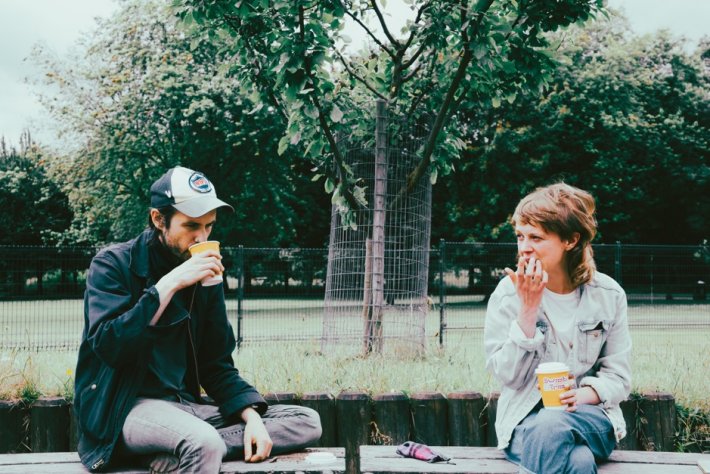 After breaking through earlier this year with their fantastic debut single 'Number 1', which found support from the likes of BBC 6Music, BBC Introducing, and BBC Radio Scotland, emerging duo Poster Paints have now returned with their next impressive effort 'Never Saw It Coming'.

Comprised of Carla J Easton of TeenCanteen and Simon Liddell of Frightened Rabbit, Poster Paints are quickly heading to become one of the most enticing new additions to Scotland's music scene. Channelling a warm and captivating indie-rock aesthetic throughout, their newest release showcases them in a rich and transportive light, mirroring each other's attributes in the most charismatic way.

The pair are also set to perform alongside Teenage Fanclub in the coming months, as well as embark on their debut headline show as Glasgow's Poetry Club on the 7th October. See their full list of tour dates and listen to the new single 'Never Saw It Coming' below.

7 hours 28 min ago With their highly-anticipated new album landing early next year, Circa Waves have now dropped the

10 hours 34 min ago After breaking through with their brilliant debut single 'Old Mate Bill' earlier this year, emerg