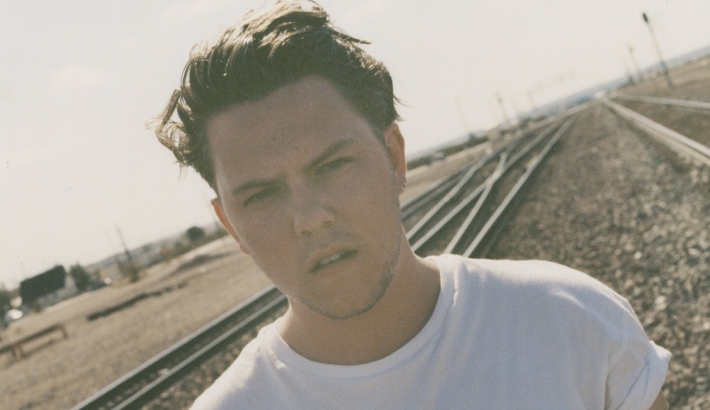 Thanks to the Internet, we have seen a number of musical careers in the last decade accelerate exponentially. Young songwriters have not only been able to create their music far more quickly, but have been able to spread it further round the world in such a short space of time, they wind up literally becoming overnight sensations. While this may not be the case exactly for Saint Raymond, his short career so far has been littered with acclaim and support from some of the most influential names in modern music.

The 19-year-old Nottingham lad self-released his debut EP ‘Escapade’ in the summer of 2013, at which point iTunes named its lead single ‘Fall At Your Feet’ as their Single Of The Week. The result was a huge surge in popularity towards the young singer/songwriter, ending in a slot at the Reading & Leeds Festivals later that year.

In the last 12 months, Saint Raymond has released another two EPs, with the latter ‘Ghosts’ receiving heavy rotation on Radio 1 and he was eventually invited to play a coveted Maida Vale session for the station.

He is currently promoting his latest single ‘I Want You’, which is shaping up to form part of a new album, although officially there is no word on that happening just yet.

It may still be early days for this young upstart but considering the waves he has managed to create in such a short space of time, I wouldn’t be surprised if he becomes a household name by this time next year.

12 hours 41 min ago With her eagerly-awaited new album landing in the coming months, Billie Marten has now unveiled t