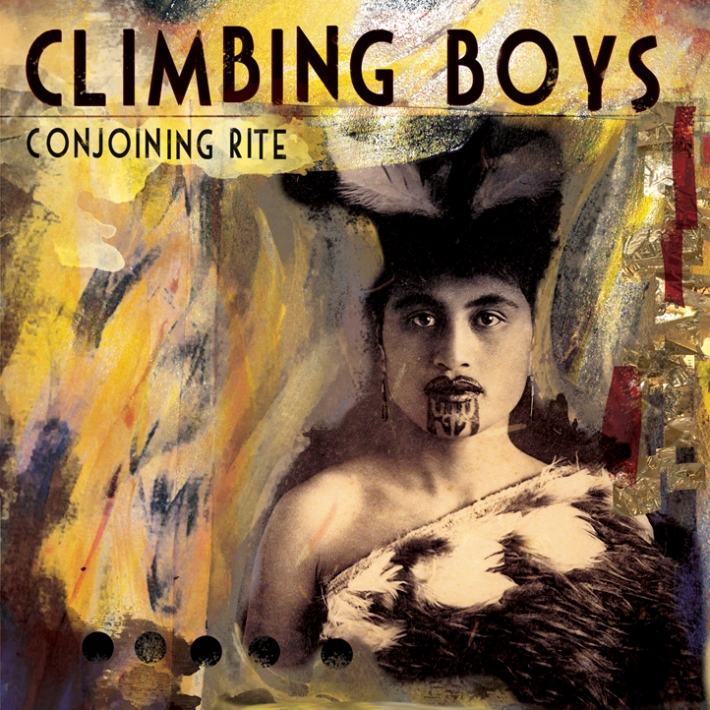 According to his friends, Tom Salo dresses like a chimney sweep. All in black. Quite taken with the comparison, Tom researched chimney sweeping as a genuine employment possibility and came across the 19th century phenomenon of the climbing boys; young orphan children forced to clamber up chimneys to clear soot deposits. The job search went no further ("it's near impossible and the hours are mad", says Tom) but his band had their name. Climbing Boys were born.

Climbing Boys formed in early 2013, quickly bonding over a shared love of alt pop icons Bowie, Iggy and Siouxsie, post punk bands New Order, Echo & The Bunnymen and The Jesus & Mary Chain and cult directors Kubrick, Cronenberg and Lynch. It is clear that visuals are important to this band; Tom and Emma also share a love of old Japanese cinema, Tom has dabbled in directing himself and admires Kate Bush and how "her songs are like short stories in themselves that lend themselves to film". Meanwhile bass player Emma is currently preoccupied with taxidermy and tattooing; “Maybe I could combine the two together somehow”.

Back to the music and after spending the very early days writing and rehearsing in Tom's windowless basement flat, the band started to see the light, picking up shows in and around the chimney tops and black holes of Dalston and gradually turning heads. 'Conjoining Rite' is their debut single; a frenetic slab of post punk that hovers incessantly between optimism, paranoia and despair. "It's a song about human weakness, phrenology and sex magick", explains Tom. Climbing Boys, much like their debut single, offer more emotional layers than their all-black aesthetic might suggest. They are a band for everyone, for optimists, pessimists and realists. "Gavin is an optimist, Tom is a pessimist and Emma and I are both from Bradford which is about as real as it gets. Take your pick", says drummer Luke.

Climbing Boys are fresh from supporting Howling Bells on their UK tour in May/June. 'Conjoining Rite' is out now on London based label Birthday Records. Watch the video in the player below.

1 day 1 hour ago With their eagerly-awaited new album now less than a month away, Foals have dropped the next cut

1 day 29 min ago After delighting so many with a flurry of enchanting cuts over the last few months, including 'Pa