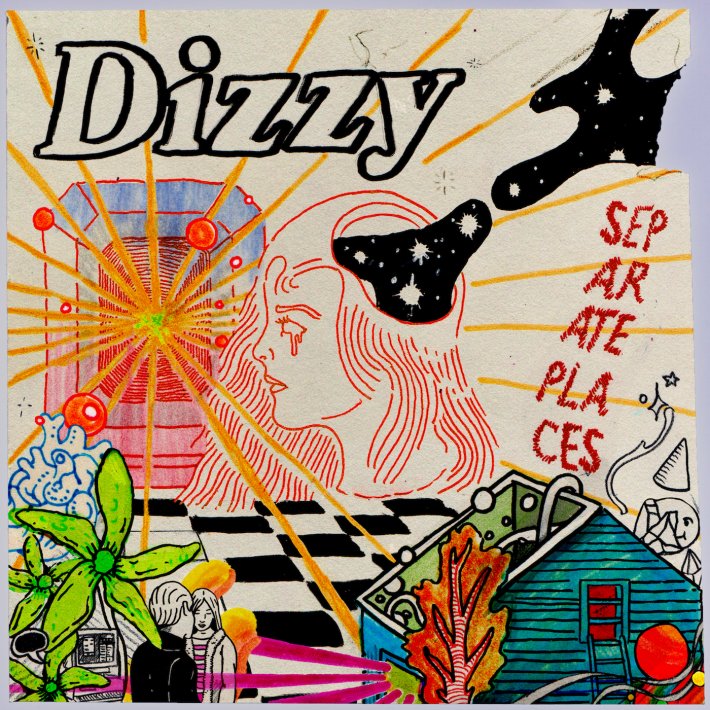 When Dizzy released their sophomore album 'The Sun and Her Scorch' last year, it was met with near universal praise. With strong nods to the emerging dream-pop sound of North America recently, the band's most recent full-length was heralded as their most ambitious and creative body of work to date. But earlier this year, it felt like they weren't finished with it just yet as they began to unveil more sombre and atmospheric versions of that record's offerings, now wrapped up in one tight-knit five-track EP 'Separate Places', an EP that shows us the true versatility of those original songs.

From the outset, it feels like 'Separate Places' is more of an experiment with perspective and direction than anything else. Inviting a string of collaborators to the release, including Kevin Garrett, Overcoats, Luna Li, Flyte, and Jahnah Camille, has allowed the band to experience their work from an entirely different point of view, and creates this more adventurous and explorative aesthetic throughout. The aim of this EP is about adopting something new and exciting within each track, making for a diverse listen that at least gives something fascinating for fans to get their teeth into.

While these tracks originally were just a part of their last full-length, 'Separate Places' does still manage to form its own cohesive shell in just five tracks. The collaborations help from making this feel like a simple rehash of older material, and keep the warming and embracing sound of it moving throughout.

Wolf Alice - 'My Love Is Cool'

55 min 47 sec ago Having cemented herself within Daughters Of Reykjavík and CYBER over the last few years, Salka Va

2 days 16 hours ago After spending the last few years delighting us with a flurry of fresh and exciting singles, Lond