His new single 'Somebody's Daughter' is out now 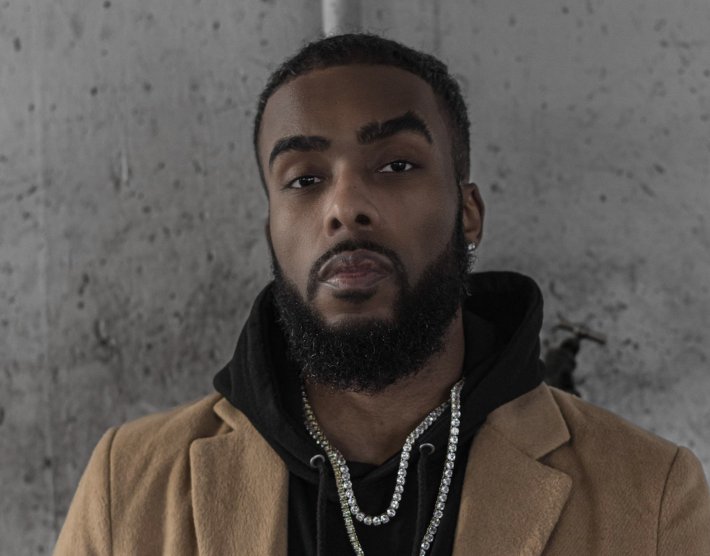 After cementing himself with his breakthrough debut album 'The Collection Vol.1' in 2020, a release that clocked up hundreds of thousands of streams online, fast-rising artist August Twelfth is back once again to offer up his latest offering 'Somebody's Daughter'.

Lifted from his new EP 'Sounds From My Bedroom', which is available to stream now, 'Somebody's Daughter' establishes his fresh and adventurous approach to production to date. With a bold twist on the R&B-infused garage sound from start to finish, he is continuing his rise as one of the more vibrant names on the scene today.

So with the new single available now, we sat down with him to find out more about his origins and what has been inspiring him most lately.

Piano, I started learning piano at the age of 5 and I still play it to this day. Learning at a young age and staying consistent with it through my life has really helped me with my music production.

I grew up on a range of music and went through so many musical phases. When I was very young I used to listen to what my parents liked (Motown, Soul, Funk, Jazz, Blues) and then as I got older I discovered artists that consistently had music videos on TV such as Usher, Ne-yo, Eminem and 50 Cent. I went through a phase of listening to rock and heavy metal and I also had a phase of listening to musicals when I was younger too. What I listen to now is R&B/Pop which is so different in comparison to what I liked when I was younger.

Nobody knows this but I watch movies, tv shows or anime shows while writing music, I’ll have it on mute in the background with the subtitles on. Sometimes I listen to Disney musical songs for inspiration, nobody knows that either.

Would it be big headed if I mentioned myself? I’ve always been a big fan of Eric Bellinger, I love his music. I listen to Tupac quite often also. Kehlani, Kiana Lede & Tank. I’ve been listening to a lot of Taylor Swift too since she released her album.

I find the end of the creative process to be quite rewarding once you have a finished piece of art. Other people appreciating your work can also be extremely rewarding and motivation to continue what you’re doing.

Getting stuck in your head, being a perfectionist with your craft and procrastinating. Also worrying too much about how other people may receive your creation.

Understand that this is a tough industry to break into. Take every opportunity possible and learn how to create them for yourself. You can get very far by just being a people person. Work ethic speaks more than talent, but that doesn’t mean you shouldn’t focus on consistently enhancing your skills. Last but not least, bring value and be of use to every room that you walk into.

August Twelfth's new single 'Somebody's Daughter' is available to stream now. Check it out in the player below.

3 hours 32 min ago Following on from the release of their highly-praised 2020 debut LP 'Bedroom', bdrmm have now ann

2 hours 3 min ago After spending the last few years delivering a wealth of fresh and explosive anthems, Iowa-based