Their new single 'Say' is out now 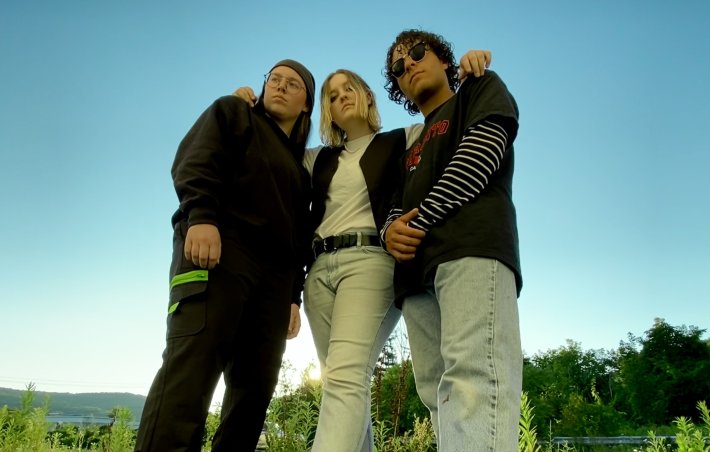 Following on from a string of bright and uplifting offerings over the last few years, New York-based trio Breakfast For Dinner are back once again to deliver their latest anthem 'Say'.

Channelling the bold and soaring aesthetic of acts like The 1975 and Pale Waves, 'Say' sees the band return in fine form. Filled with shimmering tones, vibrant production, and some killer hooks layered throughout, this lot certainly seem destined for big things on the horizon.

So with the new single available now, we sat down with Max from the group to find out more about his origins and what has influenced him over the years.

I remember listening to my dad play tunes on his guitar when I was little and being so intrigued; I think that is what made me fall in love with music.

We have all been obsessed with pop music since We were young! big fans of mainstream pop artists like Lady Gaga and P!NK. On the contrary, my father played a lot of The Beatles and Bob Dylan around me that I learned to love just as much.

We tend to strip the song down to its raw form and if it translates well, that’s how we know it’s a bop!

Definitely one of our favorite artists, MUNA, The Aces, Pale Waves.

The cathartic feeling we get every time we perform our music.

Emails for sure lol!

I think the best piece of advice we’ve been given so far is the simplest but most meaningful, which is to never give up on ourselves.

Breakfast For Dinner's new single 'Say' is available to stream now. Check out the new video for it in the player below.

2 days 1 hour ago After treating us to a flurry of vibrant efforts since her platinum selling debut LP 'Pearl', Ell