The band's new single 'Layer You Up' is out now 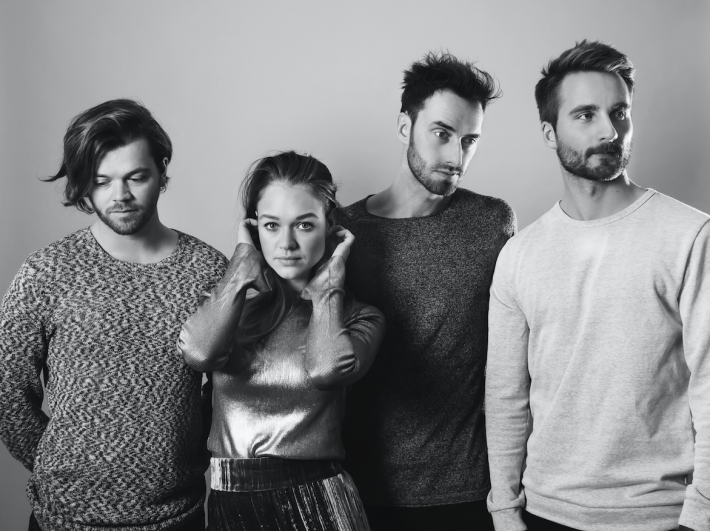 Despite not being on any form of record label to date, London-based Nordic outfit Circumnavigate have managed to gather a huge wave of support in recent months. With more than 40,000 Spotify streams and landing three songs in a US feature film, directed by Domenica Scorsese (the daughter of film legend Martin Scorsese), the band have now blown us away once again with their newest offering 'Layer You Up'.

Just like their work to date, 'Layer You Up' has also proven to be an instant hit on the streaming service with New Music Friday's and plenty of other big Spotify editorial playlistings, earning the track a further 31,000 streams since its release. With its soaring atmosphere coupled with some truly sensual and uplifting vocals, this new dream-pop delight is definitely one to add to your next new music listing.

So with the group on a solid run right now, we caught up with them to find out more about their background and what has inspired them over the years.

I think most of us started on piano, so that seems like an obvious choice….but nobody can deny a beautiful string section!

We love to create a beautiful, emotional soundscape for listeners, so I think anything that inspires that way of thinking; relationships, landscapes, nature. We also love conceptualising songs, so books, films etc.

I’m sure we all differ there!

Josh: I think my teenage years I began to broaden the types of music I was listening to. Was really into artists such as Ben Howard, KOL, Jill Scott, Robert Glasper, The Roots.

Charlie: In my teenage years I was craving any kind of sound that felt heavy and had loads of energy so naturally nu metal became my go to genre, bands like Incubus and Linkin Park really inspired me. But being a bass player my love was always with The Red Hot Chill Peppers.

Sigrid: I am not sure but I think maybe ‘Didn’t We’ with Frank Sinatra. It’s like a poem and I’m still not tired of it.

We were lucky enough to be included in a great Spotify editorial recently called ‘Acoustic Spring’ - that’s getting spun a lot!

Sigrid: “I would say everything is write is in some correlation to people in my life somehow. But it’s not necessarily about them. It could be a phrase they say, thoughts they have or just an idea I have in relation to them. Some songs are very personal though but I find my best songs are written from a little more of an observing perspective.”

I think the highlight has to be placing 3 songs in a US feature film directed by the daughter of Martin Scorsese (Domenica Cameron-Scorsese), called Almost Paris. That, or our release last week of ‘Layer You Up’ being added to 3 New Music Friday playlists - that was a first for us and felt pretty good to be alongside so many great artists!

We’re all massive people persons, so I think friends & family!

There was never an alternative!

This is obviously a terrible time for the live music scene sadly, but it is a huge opportunity in disguise for musicians; now is the time to hone all those things you’ve always wanted to! Writing, producing, learning! Keep building your brand, your repertoire. Release content and get a plan together! You will never have more free time than now.

Circumnavigate's new single 'Layer You Up' is available to stream and download now. Have a listen to it in the player below.

Circumnavigate · Layer You Up

2 hours 49 min ago Following on from the release of their long-awaited new album 'WOMB' from earlier this year, Puri

20 hours 14 min ago Having spent the last few months releasing a wave of smooth and solid retro-inspired offerings, F