Getting To Know... Elison

Getting To Know... Elison

Their new single 'Little Lies' is out now 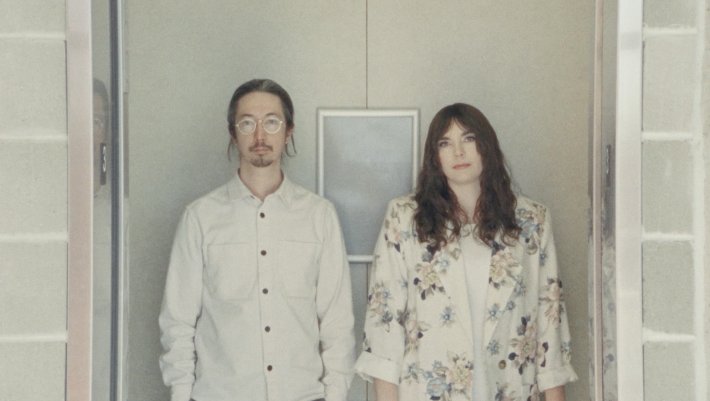 Following on from a bright and varied array of delights over the last few months, US duo Elison have now returned once again with their shimmering new single 'Little Lies'.

Channelling a wonderfully rich and euphoric dream-pop texture from start to finish, 'Little Lies' makes for a beautifully sweet and inviting listen. Jam-packed with soaring tones, sweeping hooks, and mesmerising vocals throughout, we can't wait to hear what these two come out with next.

So with the new single available now, we sat down with them to find out more about their origins and what has been inspiring them recently.

Marissa: Piano. I wish I had kept with lessons, as I only played it for a handful of years as a child.

Scott: Drums. After taking piano lessons for a few years, I got my first taste of drums in band through school. Been in love ever since.

Marissa: When I first got into music I was around 10 and my favorites were bands like Jewel, Backstreet Boys, Weezer, The Cranberries, No Doubt (radio stuff). As I got a little older (in my teens) my listening habits were wider reaching and super eclectic from jazz to singer songwriter to indie to postrock to alternative to indie pop and I’d say it’s stayed the same up until this point. I love a lot of different styles of music.

Scott: Growing up in a musical household, I was raised around classical and jazz. Of the records around the house that were rock or pop, I gravitated towards bands like Chicago and Blood, Sweat & Tears, with a little Isaac Hayes and The Carpenters sprinkled in. In my high school years, I found myself obsessing over Björk, Radiohead, Massive Attack and Sigur Ros.

Marissa: When I’m in song writing mode I like to try and pick up the guitar every day for a few minutes and just noodle around without any intent of writing anything specific but just to capture whatever it is I’m feeling. I’ll sometimes record these to refer back to. I’ll also start to collect little lyric seeds. I have a page of notes on my phone/computer that I’ll just jot down little phrases I’ve heard or read or that have come to me in some way. When I’m more formally trying to write a song I’ll go back through those little seeds of guitar riffs or chord progressions and song lyric ideas and start to piece things together to see if any are starting to tell a story when paired together. It can be kind of a messy process so I try not to get in the way of myself by being overly critical or hard on myself but just let things flow out and together. As soon as I feel like I’m forcing it or trying too hard I stop and take a step back to revisit it another time.

Scott: When I write, I try to do so without an instrument, just singing to myself. I find it much more effective to write instrumentation around a memorable melody than to write a melody on top of existing musical ideas.

Since we are just recording right now I’d say seeing the whole process unfold from a seed of an idea to a full thought that then is out in the world connecting with others.

I’d say the wait between the song being done and mastered but before it’s live for others to experience. I want to share my joy and excitement with others but by the time the song is live we’ve already moved on to working and getting excited about our next song.

Elison's new single 'Little Lies' is available to stream now. Check out the new video for it in the player below.

15 hours 49 min ago With their highly-anticipated new album landing early next year, Circa Waves have now dropped the

18 hours 55 min ago After breaking through with their brilliant debut single 'Old Mate Bill' earlier this year, emerg