Getting To Know... Inland Murmur

Getting To Know... Inland Murmur

The band's new single 'Icarus' is out now 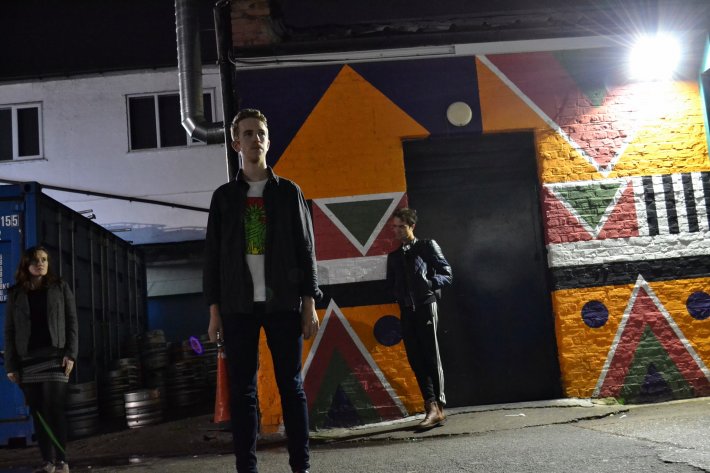 With two of the four members raised in South Wales, London-based outfit Inland Murmur have always found inspiration in the soaring melodies and folky undertones of the music they create, and have now returned with their new single 'Icarus'.

Filled with a bold and uplifting aesthetic, 'Icarus' is the bright and euphoric new offering that we all need to hear right now. Taking their cues from fellow contemporaries such as The National and The War On Drugs, this pulsing indie-rock jam looks to cement them as a true talent to keep a close eye on.

So with their new release garnering buzz at every turn, we sat down with them to find out more about their origins and what has influenced them over the years.

Toby: For me it was drums. I had played piano and violin previously but fell in love with the drums the moment my older brother was kind enough to let me play on his first kit. I have a twin sister and I think there was definitely a rewarding sense of ‘this is the loudest hobby I can get away with’.

Hannah: I first fell in love with the saxophone, I was heavily involved with jazz and big bands at school and started to pick up on the awesome bass lines in that type of music. My dad randomly bought me a bass on ebay and now it’s my main instrument and I love it.

Toby: For me it’s always been Rush. They’re not cool and it didn’t make me any friends in school but I love them. As a band we draw a lot from Death Cab for Cutie too.

Max: A lot of what I do within the band stems from the time I spent leading a little samba school as a teenager. That band-leading experience, realising the centrality of rhythm to the character of a song has been behind most of what I do in this band.

Alan: I grew up with an angry older sister, so I used to steal her music. We're talking: Distillers, Rancid, Taking back Sunday, Funeral for a Friend, Deftones.

Max: I remember the Stones’ Exile on Main St. and Steve Reich’s City Life being the first records that I clung to through those early seasons of fully adult consciousness.

Max: Frankly, I can’t. I remember at the age of 8 being asked in school what I’d like to do when I grew up – I replied “I want to be a popstar.” I remember being puzzled at the time as to what had caused me to say this. I’ve not gotten much closer to understanding in the years since.

Alan: It was probably the first song I learnt to play with my friends back when I was 14: The White Stripes’ ‘Seven Nation Army’.

Max: This morning was Bernstein conducting Bach’s Magnificat. Yesterday morning, Moraes Moreira. Tomorrow morning? My neighbour starts off every Wednesday with Duke Ellington. This cannot be argued with.

Hannah: Franz Ferdinand for me.

Toby: A fair few. A few are explicitly about people and others perhaps contain a snapshot or an essence of an encounter with someone. I’m sure many of them are about people I haven't met yet too.

Toby: Randomly meeting Bill Nighy at one of our sound checks at a gig in London. He was a real gentleman. We spoke for a few minutes, shook hands and then he disappeared into the London night. We played a great show that night too.

Toby: Alan and I love cycling. It’s nice to have something in common outside of the band too.

Hannah: I really love cooking. I have a food blog and am also a trained barista. I couldn’t play music without coffee.

Hannah: I’m actually trained as a climate scientist and love working on the adaptation of cities to cope with climate change. It’s obviously an incredibly important topic and I’m very passionate about it.

Toby: I think simply do what you need to do to get through. It’s wonderful that many artists are having the time to flourish and create under these circumstances but it’s also important to remember that simply getting through this bizarre and frightening time is impressive in and of itself.

Inland Murmur's new single 'Icarus' is available to stream and download now. Have a listen to it in the player below.

8 min 40 sec ago After briefly returning last year to deliver their 'Yonaka Stripped Back' EP, Yonaka are now back

17 hours 47 min ago After first gaining notoriety by appearing as a contestant on American Idol in 2019, US singer an