Getting To Know... Jeremy Engel

Getting To Know... Jeremy Engel

His new single 'I Got Caught' is out now 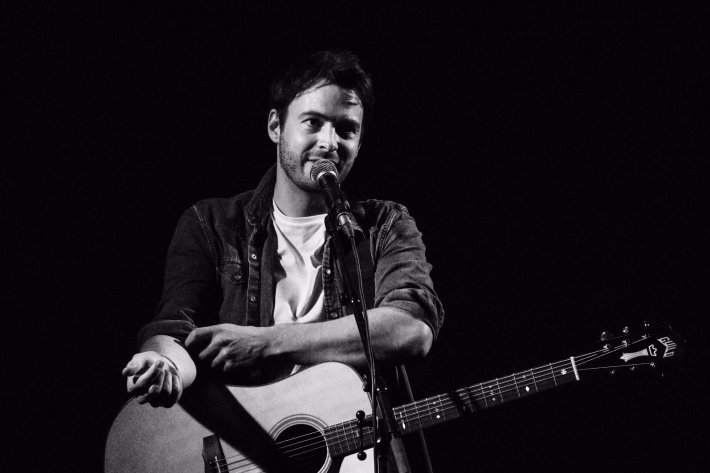 Following a breadth of warm and vibrant releases over the last couple of years, French-born but Dublin-based singer and songwriter Jeremy Engel has now returned to unveil his enigmatic new offering 'I Got Caught'.

Inspired by the likes of Leonard Cohen, Damien Rice, and Rory Gallagher, 'I Got Caught' showcases some of the most passionate moments of his career to date. With its light and airy direction, permeated with his own shimmering voice, it feels like he is set for much bigger things in the years to come.

“Harvest” by Neil Young, one the greatest album of all times, and I loved the vinyl crackles. This album celebrated its 50th anniversary a few weeks ago! Happy birthday!

That’s a tough one! I would say “A Million Miles Away” by Rory Gallagher. This song is just perfect from A to Z.

I cannot say I have any specific habits or rituals when it comes to songwriting. I just strive to stay tuned to the full richness of the world around me to help ideas flowing in. Most of the time they don’t, but sometimes the most productive act is to do nothing. I always carry a small recording device with me to capture any melody that pops up in my mind at any time and wherever I am.

At the moment I am listening to Stromae and his new album, this artist from Belgium is a pure genius in the way that he renews the music without resorting to Autotune or stuff like that. I also listen to the soundtrack of “Into The Wild” by Eddie Vedder. I don’t know if it means I am becoming antisocial… Apart from that I started to listen a lot to opera music since I am really interested in lyrical singing techniques. I think it is important to try to decompartmentalize musical techniques and genres a bit like Freddie Mercury did.

It would definitely be Glen Hansard, I like his energy so much and his artistic kinship with Leonard Cohen in his finesse to embody the music while expressing it with all the rawness of his physical body. I would totally open for him even if he is just busking in the street!

You get to “stand on the shoulders” of amazing artists who were here before you as they give you the gift of their experience, and you have this opportunity to do your best to use it and to honour it. And then sometimes a beautiful moment happens, someone comes to you and thank you sincerely for what you have shared, and in thanking you they thank all those great artists whose influence resonates in your music.

The most frustrating part is that you have to be more than a musician to learn how to navigate through the music industry. It makes it difficult to have your songs heard but it is part of the game. In today’s world, people do not have the patience anymore because they get overwhelmed by tons of information on social medias and they swipe left if the chorus of your song does not kick in after 15 seconds. But it is ok like that, I like to believe that my music is for those who wish to reclaim the time.

It is a quote from Pierre-Auguste Renoir “Be a good craftsman; it won’t stop you from being a genius”.

Jeremy Engel's new single 'I Got Caught' is available to stream now. Check it out in the player below.

45 min 14 sec ago With her eagerly-awaited new album set to land next week, M.I.A.