His new single 'Cinnamon' is out now 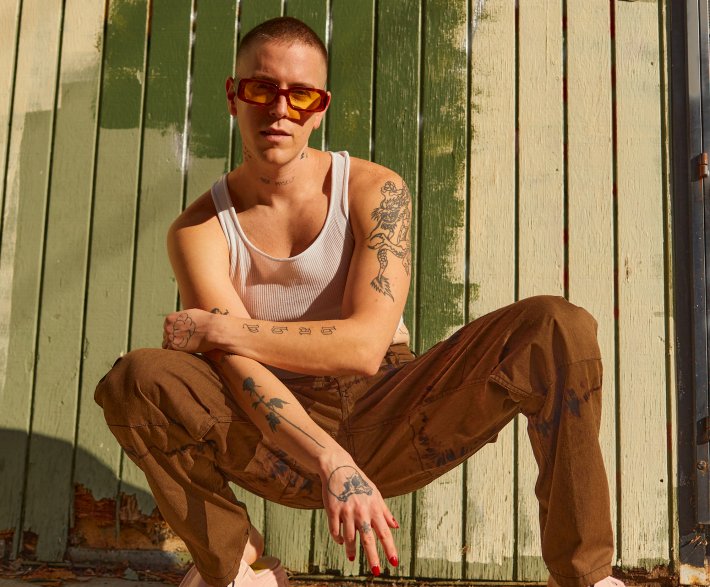 After making waves with his progressive outfit Layneybaby in recent years, LA-based artist Killiope has now introduced his latest project with this enticing new single 'Cinnamon'.

Channelling a brilliantly rich and driven pop-rock aesthetic from start to finish, 'Cinnamon' makes for a fresh and exciting introduction to his latest sound. Filled with powerful hooks, a breezy atmosphere, and his own hypnotic vocals at the helm, this one will be stuck in your head hours after first hearing it.

So with the new single available to stream now, we sat down with him to find out more about his background and what has inspired him over the years.

The first instrument I really picked up and started messing around with was the guitar. I honestly don't even play it properly, but a lot of my song ideas are inspired by singing melodies to grungy plucks on my old beat-up acoustic guitar.

I mostly listened to hip hop music. Kanye, Jay-Z, Outkast etc. When I was in my early teens I'd wake up super early and watch MTV and BET to see the newest music videos and try to pick up on the hottest new artists. I also of course loved the emo and alt rock era of the 00s. The older I got, the more alternative/indie rock started to become my favorite genre.

It was either Hybrid Theory by Linkin Park or The Slim Shady LP by Eminem. Both were extremely influential on me. The first song I ever remember hearing is One Way Out by The Allman Brothers and I have it tatted on my arm. I was probably 2 or 3 when I first heard it and it's always been one of my favorite songs.

I have thousands of voice memos filled with ideas for songs. When I REALLY love something, I'll start building a roadmap on my DAW and start building it out. I'll often turn off all the lights, dance around, jump on my bed, bounce off the walls, rip off my shirt, and go absolutely crazy in my room coming up with melody and lyric ideas. It's a scene.

The best live show I've ever seen is Grouplove and I'd be honored to open for them.

Being able to change someone's mood in 3 minutes or so.

It's hard to break through!

Make the music that you want to make. Don't worry about what you think others want to hear. Boundaries aren't pushed by copy and pasting.

Killiope's new single 'Cinnamon' is available to stream now. Check it out in the player below.

10 hours 9 min ago With her eagerly-awaited new remix EP landing next month, Bess Atwell has now shared the next cut

13 hours 4 min ago After an astonishing run of form throughout his releases over the last decade, South African sing