Getting To Know... L.A. Rochelle

Getting To Know... L.A. Rochelle

His new single 'ALL AWAY' is out now 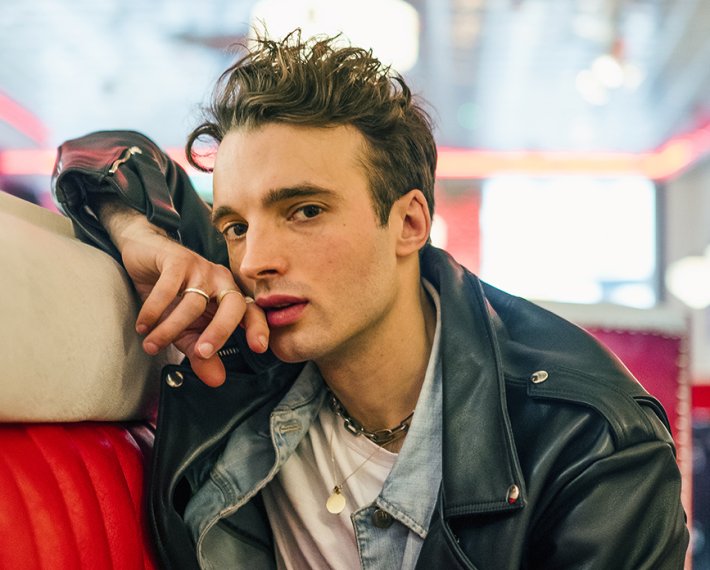 After establishing himself with production credits for Tricky, recording vocals for synthpop duo Scratch Massive, and composing the soundtrack of a lost Lars Von Trier feature amongst other numerous fashion and artistic events, London-based French artist L.A. Rochelle has now delivered his stunning new single 'ALL AWAY'.

Lifted from his upcoming new EP, 'ALL AWAY' makes for a brilliantly bold and powerful listen. Born out of the tragedy where his best friend had taken the life of his other best friend, this rich and soaring electro-pop effort showcases not only the heartfelt and emotional message, but also elevates his vibrant songwriting throughout.

It was the electric guitar. I vividly remember seeing a live concert of nirvana on a VHS tape when I was 5 and being completely mesmerised by the sound and energy of Kurt Cobain. It got me. A few days later I was starting to learn the guitar and from there onwards I spent all my free time making music.

As a child I was obsessed with alternative rock. My dad had a double tape machine that could record a CD to a tape or ‘burn' one tape to another tape. It was AMAZING.

I used to go to the public library with my mum and rent all the Nirvana CDs and copy them to tape. We would go every Wednesday afternoon and Saturday morning. I loved it. I was 5 or 6 years old and slowly but surely I made my way through their WHOLE rock catalogue. So much so that whenever they would get a new record, the person in charge of the CD section over there would keep it on the side for me so I could borrow it before it was put on the bookshelves. Later, as a teenager I studied classical music at the French conservatoire and got into avant-garde and serialism music like Steve Reich. All that while making my own electro and hip-hop education on the side. It’s only once I felt like I had explored all these genres that I started to listen to pop music.

I think it was 'The Pixies - Surfer Rosa'. It’s their debut album and the first record I ever bought. Absolute classic if you ask me. 'Where is my mind' is on it…Iit’s been used in so many movies and TV shows now that it kind of turned from cult classic to slight indie cliché, but DAMN, it’s still such a masterpiece.

'Smells like teen spirit' from Nirvana -or ‘baby one more time’ by Britney Spears. They both hit so hard.

Wherever I make music, I'm all about the ‘vibes’. All my friends know it and that became kind of a joke now. I need the space to feel right, so I can spend a while moving lots of little objects around, covering the lamps with magazines to get dimmed lighting... I want the space to make me feel something. Then I can start playing around with ideas, dance around, and forget about the outside world.

I often go on writing trips to my godfather’s flat in Spain and I love it there because its super bare and I can skate round the room while jamming out ideas. Sadly you can’t do that in most studios.

I flip flop through TONS of stuff. I’ve been listening to 'Kacey Musgraves' on repeat lately, but also loads of Techno artists like 'Tale of us'. I’m back on a 'City Girls' phase as well; I think they are amazing.

Drake - or Celine Dion - hard to pick one but since they're both Canadian, maybe we could do a little 'L.A. Rochelle + Celine Dion + Drake' night?

Definitely being able to do what you love every day. Making music gives me so much joy, and being able to use whatever that is going on in your life as an inspiration is a chance. Sometimes it makes the process extremely painful but I think that it also makes for a great therapeutic process.

Being your own boss, your greatest fan AND worst critique - all at once! It also makes it super hard to find a balance between social and work life- let alone romantic life.

'Trust your guts'. A classic for a reason! I actually thought about it earlier when I couldn't decide if I wanted a cup of tea or a glass of wine. Just had to listen to my guts.

L.A. Rochelle's new single 'ALL AWAY' is available to stream now. Check it out in the player below.

4 hours 30 min ago With their highly-anticipated new album landing early next year, Circa Waves have now dropped the

7 hours 37 min ago After breaking through with their brilliant debut single 'Old Mate Bill' earlier this year, emerg