Getting To Know... Lilo Powder

Getting To Know... Lilo Powder

Their new single 'One Of Us' is out now 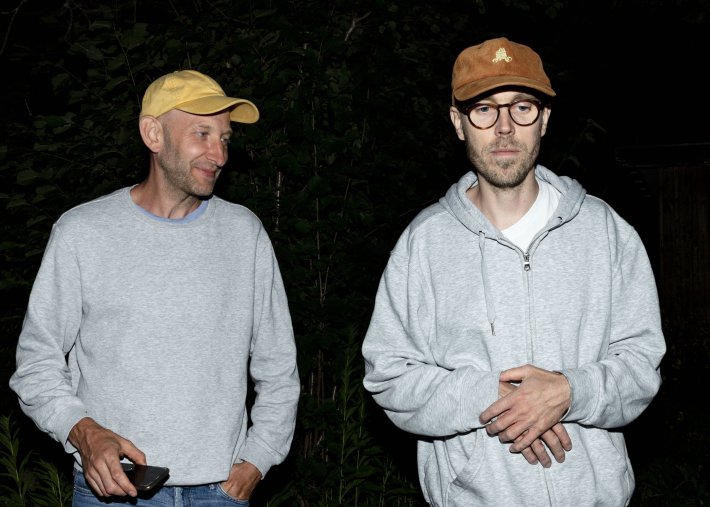 Following on from the release of their much-loved EP 'The Pull' in 2020, Stockholm-based duo Lilo Powder have now returned to deliver their latest vibrant effort 'One Of Us'.

Bringing back more of that broad and ethereal texture they are known for, 'One Of Us' sees the pair return in stellar form. With its light and airy production, sweeping tones, and captivating vocals layered throughout, this new release makes for a wonderfully bright and enticing listen throughout.

Andreas - I used to play drums. It made me feel cool about myself and that I was good at something. I had been playing the violin without really feeling it for like 5 years before I realized how much fun it is to play drums!

Tim – Beatles and Queen were my first musical heroes.

Andreas - I listened a lot to The Smashing Pumpkins during my teenage years. At that time SP really broadened my perspectives on what music could be. Besides that I watched everything on MTV. I loved MTV.

Tim – I bought The Bangles “Manic Monday” together with my sister. It wasn't really my decision, my sister forced me because she couldn't afford it herself. I thank her for that though. Good song.

Andreas - AC/DC “Back in Black” on vinyl. The cover appealed to me even though I didn’t have a clue what AC/DC was.

Andreas - “In High Places” by Mike Oldfield. The song is simple and complex at the same time. It has a good forward kind of motion that never settles. The arrangement of the song is weird but very creative in my opinion. “In High Places” also reminds me of living in Washington state when I was 18. Going on the bus from Tacoma to Seattle on the weekends and feeling free.

Tim - “The Long And Winding Road”. Just listen to it, it's great. It speaks to my heart!

Andreas - I think of melodies right before I fall asleep. It keeps my mind from wandering and it’s more productive than counting sheep. I also try to see the song from an outside perspective. Most of the time the first idea of a song is not as brilliant as it needs to be. Then I work harder...

Tim – Reminding myself to try to keep it simple.

Andreas - The process of writing and recording songs and when you manage to create small glimpses of magic.

Tim - To create something from nothing and to do it with others. The synergy of the process.

Andreas - Trying to stay grounded and not going too deep down the rabbit hole. Even if it's always appealing to let go and forget about all other responsibilities in everyday life.

Lilo Powder's new single 'One Of Us' is available to stream now. Check it out in the player below.

4 hours 55 min ago With their eagerly-awaited new album landing later next week, The Big Moon have now dropped the n