Her new single 'smoke alarms' is out now 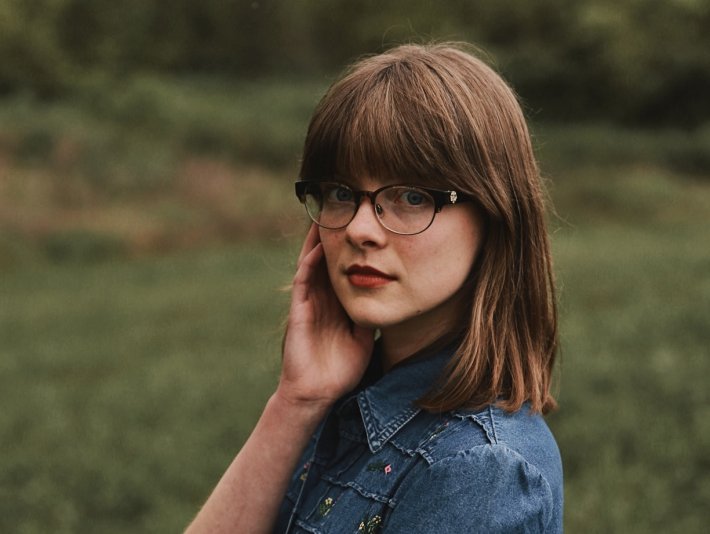 After spending the last year churning out a fresh and enticing array of lo-fi offerings, emerging Nashville-based singer and songwriter Liz Moss has now returned to unveil her beautiful new single 'smoke alarms'.

Channelling a smooth and lofty flurry of folk-inspired textures, 'smoke alarms' makes for a wonderfully light and sweeping release. With her warm and captivating vocals shimmering over a lightly played guitar hook, this new offering will carry you away with its fresh and inviting atmosphere.

So with the new single available now, we sat down with her to find out more about her background and origins over the last few years.

The first instrument I learned was violin--and I enjoyed it very much and still do to this day--but I never felt like it was completely my thing. The first time I was eager to learn guitar was after I heard Daughter’s song “Youth” and completely fell in love with the simple yet beautiful guitar part. I felt far more able to express myself through guitar and emotionally connect to what I was playing than I did with any other instrument. “Youth” was the first song I learned on guitar, and it was then I realized that I had found my thing.

I was raised on Sinatra and 50s-60s music--which I love--but I didn’t develop my own taste in music until 5th grade when I discovered Coldplay. They created worlds in their songs that I loved getting lost in. I remember obsessively over-analyzing lyrics from A Rush of Blood to the Head and Viva La Vida or Death and All His Friends, a joy that didn’t often come with mainstream pop music of the time. Coldplay led me to many of the artists I still consider favorites: Imagine Dragons, Kodaline, Bon Iver, Cage the Elephant, Daughter, and more. Sometimes I joke that my music taste as a 5th grader is better than my music taste now.

I remember getting Taylor Swift’s self-titled album on CD as a very young girl and listening to it on repeat. At the time I was not aware that lyrics were included inside the CD sleeve, so I took it upon myself to transcribe the lyrics of each song by endlessly listening to the album and copying the words onto my notebook. Thanks, Mom, for not telling me that the lyrics were right in front of me all along.

There’s so many, but the first that came to mind was “Only Child” by Sasha Alex Sloan. The song is short and so simple, yet each line is perfectly crafted and no word goes to waste. The words fit seamlessly into the rhythm, and Sasha’s use of rhymes is perfect. The song overall feels so effortless; I wish I could write with that level of precision and ease.

Lately I’ve found myself listening to Orla Gartland and Adam Melchor on repeat. They are both independent singer-songwriters who I look up to very much. Orla produces her own music, and I hope to be able to do that someday. I’ve also been loving Ray LaMontagne and Phoebe Bridgers (as always).

Ed Sheeran. No questions asked. Ed was the person who inspired me to pick up guitar and start writing songs. A lot of my music is heavily inspired by his sound and his lyrical style. I owe so much to him, and it would be surreal and a true full-circle experience to get to open for him. I get chills just thinking about it.

To me the most rewarding part is the response I receive from listeners. While the creative process is the fuel to my flame, hearing people’s connections to my songs brings so much warmth to my heart; it’s a feeling unlike no other. I know that what I’m doing is worthwhile and valuable when someone says my song helped them through a hard time or helped them get to sleep at night. I feel more deeply connected to humanity than ever when I’m present in the little moments of someone's life--being part of the soundtrack of their day, being there on their way to work or when they fall asleep or when they feel most alone…. Music is pure magic, and I just want to do for other people what Ed Sheeran did to me, and when I get close to that, it’s past rewarding.

The most frustrating part of music is the constant creative pressure. I’m an Enneagram 4w3, so I’m very driven by success and individuality. I want to make music that’s my own style, but I also want to make music that’s marketable and similar to other artists I love. It’s a constant battle, and it’s even harder when you bring in Instagram and the vicious comparison cycle. Young people in today’s society are increasingly being pressured to be successful at a much younger age than our predecessors. It’s dizzying, and it’s hard to not feel like I’m always doing something wrong or like everyone else is better than me.

The best advice I’ve received is a conglomeration of wisdom that boils down to this: make the music that you want to make. It’s imperative to be yourself and to be authentic in today’s music industry. What makes you different is what makes you special, and that took many years of copying other artists to learn. I still feel like I’m developing my sound and learning what that truly is, but it’s always better to write something that is fully yours than to write something with a specific audience or market in mind. That’s when music stops being fun and becomes simply performative.

Liz Moss' new single 'smoke alarms' is available to stream now. Watch the video for it in the player below.

9 hours 54 min ago Following on from the enormous success of her 2020 studio LP 'It Was Good Until It Wasn't', Kehla