Getting To Know... Martin Reynolds

Getting To Know... Martin Reynolds

His new single 'Boy's Got Rhythm' is out now 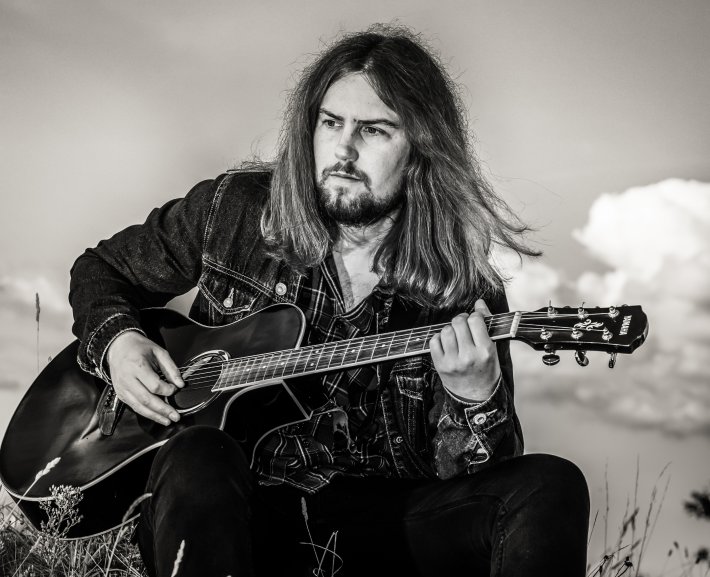 Following on from the release of his much-loved new album 'Where There's Hope' earlier this year, fast-rising singer and songwriter Martin Reynolds has now returned to deliver the official video for one of the record's standout offerings, 'Boy's Got Rhythm'.

Much like what we hear on the new full-length, 'Boy's Got Rhythm' sees him channelling a bold and captivating 60s-inspired country swagger. With glittering new visuals highlighting the song's toe-tapping aesthetic, we can't wait to find out what this new artist comes up with next.

The first instrument I fell in love with was the guitar. I used to noodle around on my brothers before I actually knew how to play anything, and I used to go and watch him play in the school concerts, and I’d just sit there thinking how cool does he look! But the first instrument I actually learnt was the drums, I just took to them right from the off, So my actual first and true love was the drums, and still is, it’s the best seat in the house!

When I was younger I basically raided my brothers CD collection, I remember discovering Nirvana, The Beatles, The Pixies, Pink Floyd, Sex Pistols, Soundgarden, The Rolling Stones, The Beach Boys, Love, Sonic Youth, The Stooges, The Zombies, The Clash, Dylan, Bowie, Jeff Buckley, Public Enemy… the list is endless really. So it was all his fault I ended up like I am, and I’ve been grateful ever since. My first ever concert was Motörhead at the Birmingham Carling Academy, and I remember recently discovering a cassette I had made as a kid, that had Killing Joke, The Buzzcocks, The Undertones, The Pistols and I think the Jams around the world on it, and I’d just recorded over it with Stairway to heaven! Everything changed when I discovered Zeppelin.

The first album I remember owning was Nirvana’s Nevermind, although it was an illegal copy on cassette that I’m sure I stole from my brother, and still have to this day! That band literally changed my life, they’re the reason I wanted to play the drums, I completely fell in love with them. Not only did they touch me on a musical level, but some of Kurt’s beliefs and values really changed the way I see the world, a great influence to have as a young man. I think the first albums I ever got with my own money were a Black Sabbath best of and a Motörhead best of, which I picked up from the now long gone Music Zone in Sutton Coldfield.

One song I’d wished I’d have written would have to be the Beatles - In My Life, it’s just a beautiful song, and to think Lennon would have only been 25 when he penned it is quite an achievement in itself.

Not particularly, I like to let songs come out organically, there’s no set way of doing it, sometimes the lyrics will come first (which has happened a lot recently) and other times the riff might come first or even a simple melody idea.

Recently it’s been Billy Nomates, Here Lies Man, Melt Yourself Down and All Them Witches mainly, but it changes on a daily basis.

There’s a lot of people I’d love to open a show for, the list is endless, but I’d have to say the ultimate would probably be Paul McCartney, he’s a Beatle, it doesn’t get any bigger than that does it? Oh and if he wants to get me up for a number I’ll take that too.

The fact that I get to share doing what I love with other people, and people get some form of enjoyment out of it is enough for me. I think if you expect anything from music you’re already expecting too much, you should be doing it first and foremost for the sheer love of it, sometimes I think that gets lost. I don’t know where I’d be without it.

The most frustrating part?… I guess the only thing that can be frustrating is trying to get your music out there and heard, it’s great that anyone can just put it out there now, but there’s that much of it now I guess it can just get lost in the void… not that I’m complaining, If you’ve got good songs, they’ll be heard one way or another, someone’s always listening somewhere.

The best piece of advice I ever received off of a fellow musician was at a John Grant gig in Leicester. Me and a friend of mine were waiting around by the merch stand. I got myself one of his records and a poster, and then his drummer Budgie came out and was lingering by the merch stand, so we stood talking to him for what must have been nearly an hour… He said to me the one thing you must never do is give up, you have to keep going, work hard and it’ll pay off in the end, which is what I’ve always tried to do. I mean he used to drum for the Slits, Siouxsie and the Banshees and John Cale, so he definitely knows a thing or two.. and I came away from that gig feeling like a million dollars, he didn’t have to go out of his way to say these things to a guy that he didn’t even know, but he did, and it’s stuck with me ever since.

Martin Reynolds' new single 'Boy's Got Rhythm' is out now. Check out the new video for it in the player below.

2 days 2 hours ago After treating us to a flurry of vibrant efforts since her platinum selling debut LP 'Pearl', Ell