Getting To Know... Nothing Special

Getting To Know... Nothing Special

The band's debut single 'Brandi' is out now 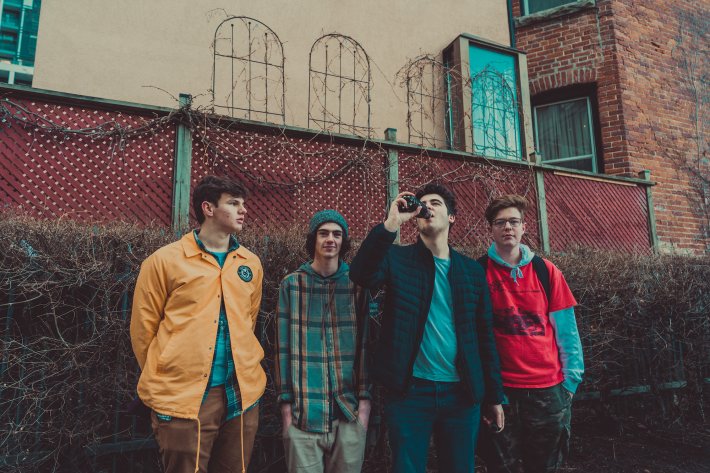 Following on from their performance at Blackout Fest with Seaway, headlining the Oshawa Music Hall, and directly supporting The Honest Heart Collective, Canadian outfit Nothing Special have now released their much-hyped debut single 'Brandi'.

Channelling a fun and anthemic pop-punk direction, 'Brandi' makes for a bold and captivating introduction to the four-piece. Jam-packed with killer hooks, catchy choruses, and some brilliantly toe-tapping moments throughout, this looks set to be the first of many euphoric offerings from the group to come.

Among all of us, we like to say we take inspiration from a lot of indie rock/punk bands such as: PUP, Remo Drive, Blink 182, and Modern Baseball.

We are still teenagers, but we seem to share a commonality regarding underground punk. Gabriel and Spencer used to bond over Black Flag and The Descendants, whereas James and Dan used to love bands such as Rancid, Operation Ivy and Bad Brains.

When we are all together playing music and having a good time.

I (Gabriel) have recently gotten into The Evaporators, Rex Orange County and Tyler the Creator. Spencer has gotten into Ram Ranch, and All. Dan has really been loving Real Friends. James is a huggggge fan of FIDLAR and Jeff Rosenstock.

Fortunately, we have not run into this issue yet.

One time when we finished a show, we were stoked to head to our friends house in New Market, but unfortunately, we drove for 3 hours in the opposite direction. It was a blast.

Honestly anyone who would have us! We love playing shows with everyone.

We shouldn’t release an EP with our rear ends on it – Gabriel Higazi.

Nothing Special's debut single 'Brandi' is available to stream and download now. Have a listen to it in the player below.

2 hours 36 min ago Having brought the soul sound to a new audience over the last decade individually, Anderson .Paak