Getting To Know... Paris Unltd

Getting To Know... Paris Unltd

His new single 'Like A Wannabe' is out now 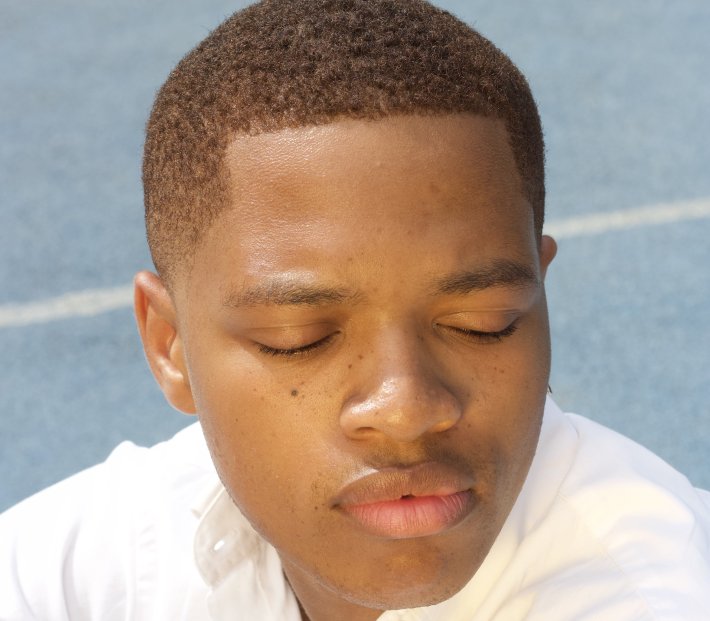 Following on from a flurry of captivating new releases throughout last year, London-born but Toronto-based artist Paris Unltd has now returned to deliver the vibrant new single 'Like A Wannabe'.

Bringing back more of his rich and adventurous direction from start to finish, 'Like A Wannabe' is a genre-bending venture into his own distinctive world. Filled with pulsing rhythms, shimmering hooks, and his own glittering persona throughout, his newest offering showcases him as an exciting artist flourishing right now.

The guitar. I think I first fell in love with the musicians who played them as opposed to playing it myself. I had a guitar teacher who was in a band, and I remember how motivating it was being shit at playing compared to him who would noodle and riff sporadically across the lesson. It gave me something to aspire to. On a more practical note, the guitar was the first instrument I learned how to write music with.

The first thing I did when I got a new phone was illegally download as much Florence + the Machine, Lily Allen and Panic! At the Disco music as I could. The website that I was on would have a list of similar artists and that’s when I stumbled onto Marina and the Diamonds’ first album. Hearing the song “Hermit the Frog” was like listening to music for the first time. It opened me up to a world of pop music that ranged from alt to dark. I also think Marina was one of the first artists who sang about things I needed to hear at my specific age – it was a fantasy of rebellion, uncompromising honesty and filtering through the dread that comes with trying to discover yourself at a young age. I based my whole personality on her discography, especially when Electra Heart came out.

Lana Del Rey’s Ultraviolence. That was the album I stole my dad’s credit card to buy on iTunes. I couldn’t wait for it to be available for torrenting. I remember the day that it became available. It was near the middle of a South African winter (which I can’t tell you how much I miss compared to these dreadful Canadian winters) and I was going to a friend's birthday party. I was crazy enough to blast “Money Power Glory” on the aux when everyone was trying to jive on the dance floor. When I tell you everyone stared daggers at me as I lip-synced every. single. lyric. Money well spent.

“Carolina” by Kimbra which is from her sophomore album The Golden Echo. Honestly, if I could high-jack the question, I would say I wish I wrote the entire album. I saw an interview where Kimbra’s eyes went wide as she recalled the process of writing the album, and simply referred to the whole project as “f@ck*ng nuts”. It’s as if she was possessed and couldn’t hold herself back during the whole process. Those songs are timeless for me, and “Carolina” is one of those songs that make life feel magical, as if it’s screaming at you to live love laugh in this life as if it were a beautiful movie.

I always try to live as much life as I can before I write new music out of fear of becoming complacent and thus stale. This can range between falling in love (tragically so), going out to parties (tragically so), meeting new people, fighting with friends or doing something really embarrassing. Sometimes, however, life is slow and dull, and so I try not to force myself into writing and instead focus on learning new things that might inspire a new way of looking at things. Other than that, writing music is like getting struck by lightning – regardless of how hard I try, it's the culmination of several unfortunate circumstances.

Saba’s new album A Few Good Things has been on repeat. His music always makes me feel like I’m at my grandmother’s home in the middle of summer.

Soft Machine is a band whose music I heard playing at a wine bar halfway through last year. I was dissociating from the conversation and fully fixated on “Isle of The Blessed” which made me feel like the credits of a movie were rolling. Ever since then I’ve had a song of theirs on blast, daily… sorry to my roommate.

Paramore or Bombay Bicycle Club. Those are two of the best audiences I’ve been a part of – everyone was there to get and give some good vibes.

Music always has and always will inspire me to be a better person – to myself and everyone around me. It’s taught me to be soft with myself, to share as many dance parties with my friends as possible, and it’s been there to make me feel good about myself when I feel like complete garbage. Writing music is one way I get to leave a legacy of ever being here, despite how difficult “being here” is. If my music can remind someone that there’s a reason to wake up, that there is so much life out there, then I think I’ve adequately reflected the lessons my friends and family have taught me in this life – and am therefore saying thank you to them.

Releasing music. It’s a nerve-wracking process. I go through all the stages of grief and then rinse and repeat it throughout the first week.

I could do with some advice myself! I think the one thing that I wish I knew earlier is that things don’t have to change overnight. If you want things to come fast, be sure to have them go just as fast, if not faster. Instead, focus on the quality of your craft and tell your story at your own pace – people who get it will get it, and before you know it, you’ll be singing to a whole auditorium of ears!

Paris Unltd's new single 'Like A Wannabe' is available to stream now. Check it out in the player below.