Getting To Know... Phileas Fogg

Getting To Know... Phileas Fogg 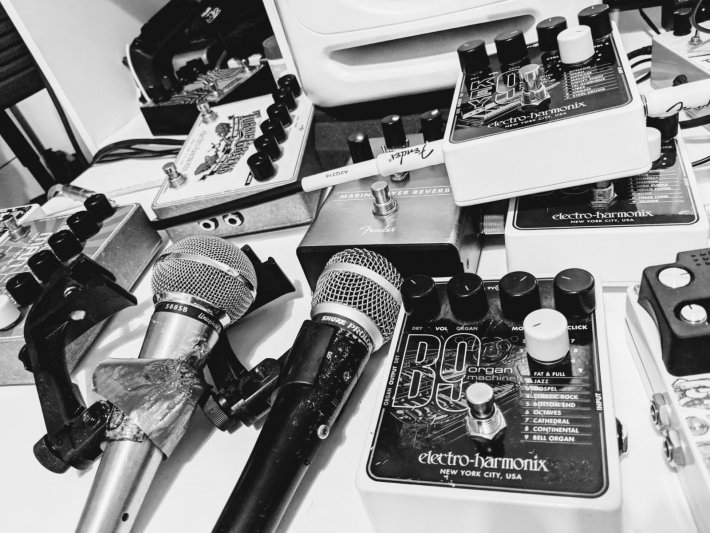 With a string of previously shared singles garnering tens of thousands of streams online in the last few years, London-based singer and songwriter Phileas Fogg returns to his bold and passionate ways as he delivers the first new release of 2020, 'The Gamzu Man'.

Taking influence from melancholy masters such as Scott Walker and Jacques Brel, the frontman's latest effort is based on a character from the Talmud, with the ‘Gamzu Man’ phrase now used to identify those who react to misfortune with unyielding optimism. With its smooth and soaring guitars coupled alongside his rich and uplifting vocals, his newest cut is a broad and atmospheric delight that looks to ready us for the release of his new album later this year.

So with things beginning to pick up for him once again, we caught up with Phileas to find out more about the inspirations and influences behind his music.

A Flamenco guitar at the age of 17, the moment I picked it up I immediately felt a need woken up in me. To this day I can close my eyes and visualize the exact location.

Oh man, that is such a difficult question to answer, but I'm going to go with the mid 60’s to early 70’s era, and I'm not talking just about rock music. I'm talking about the Sound of that era. There was some kind of magic going on there.

Back then, I was mainly listening back then to early Death/Doom, bands such as Paradise Lost, Anathema, At the Gates, My Dying Bride, Unleashed, Entombed etc... That list could go on for ages.

There is one specific song that was my biggest inspiration and caught me completely off-guard with its simplicity and beauty. I don’t even know the name of this song but it was played to me on a tape cassette years ago by a mate , and it was actually 2 teenagers playing on 2 guitars and singing what sounded to my ears (and still does to this day) like the most beautiful song that I ever heard in my life.

The rawness, the lyrics, the composition was just a pure beauty that I haven't heard since that moment and unfortunately that tape cassette was destroyed. My first Single Will Never Be Played Again was actually written about that song.

I usually pick up some random playlists on Spotify.

I would say about half of my songs are about people in my life.

There are quite a few memorable moments, such as the first time they played a track of mine on the radio, but I have to go with this one: going on the escalators in Waterloo station and half-way through realising that the guy busking is singing one of my songs.

I created my first wall mural when I was 13. I was painting a lot when I was a teenager, mainly painting bars and clubs and creating bands logos and artwork. It was my passion, but somehow I stopped completely since becoming a musician, so I guess I’d be a painter if I hadn’t picked up any music instruments!

Work on creating the music that you want to listen to.

Phileas Fogg's latest single 'The Gamzu Man' is available to stream and download now via Painted Halo Records, with his new studio full-length expected later this year. Have a listen to it in the player below.

3 hours 2 min ago Following on from the huge success of their mixtape 'Junk Food' earlier this year, Easy Life have

31 min 45 sec ago Having originally made his mark as the co-founder of indie-rock outfit The Manatees, singer and s