Their new single 'Croissant' is out now 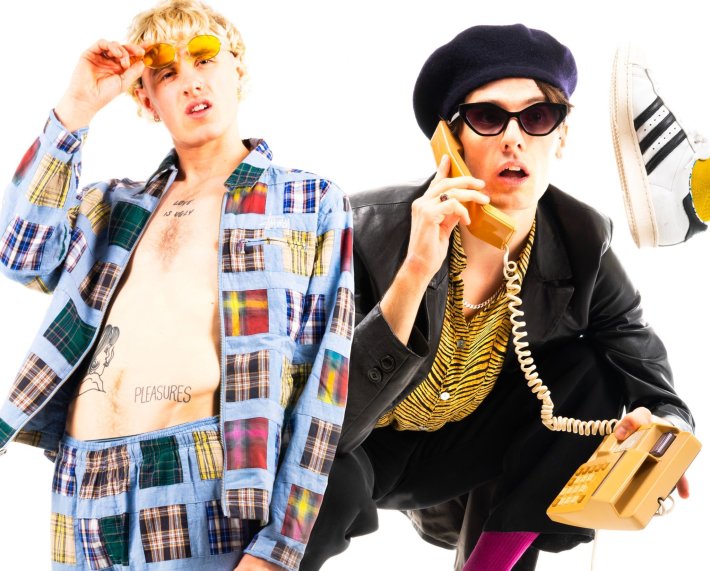 Following on from the release of their breakthrough debut single 'Money Talks' at the end of last year, Norwich-based duo PleasureInc have now returned with this fun-loving new single 'Croissant'.

Channelling the smooth and irreverent direction of acts like Beastie Boys and easy life, 'Croissant' makes for an extremely enjoyable listen. Dabbling a mixture of hip-hop and bedroom-pop energy with their own infectious personas, these two are setting themselves apart from almost anything else going on right now.

So with the new single available to stream now, we sat down with them to find out more about their background and what has inspired them most lately.

KP: Drums (played clarinet as a youngster but would never describe it as a love affair..)

It’s tricky as our dad worked in the biz and after meetings with labels would come home with a load of ‘promo only’ copies of albums, so we rarely had to buy anything.

KP: Randomly I remember buying The Fratellis - Here We Stand from TK Maxx for some reason.. half decent album tbf.

JS: the first vinyl I bought was a husky loops album. I randomly saw them in Nottingham. They were class, couldn’t not support the team yano.

There are far more than one. Buuuut.. let’s say 911 / Mr Lonely by Tyler, The Creator. A modern masterpiece.

JS: I’ll usually begin the writing process going through drum loops and just see what I’m drawn to in that moment. Then just start layering with instruments from there. But I’ll pretty much always smoke a zoot just before I’m about to record vocals. The weed facilitates the magic.

It has to be Gorillaz. All hail king Damon.

The buzz when a song just magically comes together. That moment when u listen back and are genuinely convinced this must be the best thing anyone has heard ever. Well good.

Trying to find balance between creativity, navigating the industry and everything else going on in life. Costs keep rising whilst musicians make less and less. It puts a lot of strain on everything.

When it comes to your stuff, your gut is better than anyone else’s. Follow it.

PleasureInc's new single 'Croissant' is available to stream now. Check it out in the player below.

10 hours 24 min ago With her eagerly-awaited new remix EP landing next month, Bess Atwell has now shared the next cut

13 hours 19 min ago After an astonishing run of form throughout his releases over the last decade, South African sing