Getting To Know... Safari Room

Getting To Know... Safari Room

The band's new album is set to land later this month 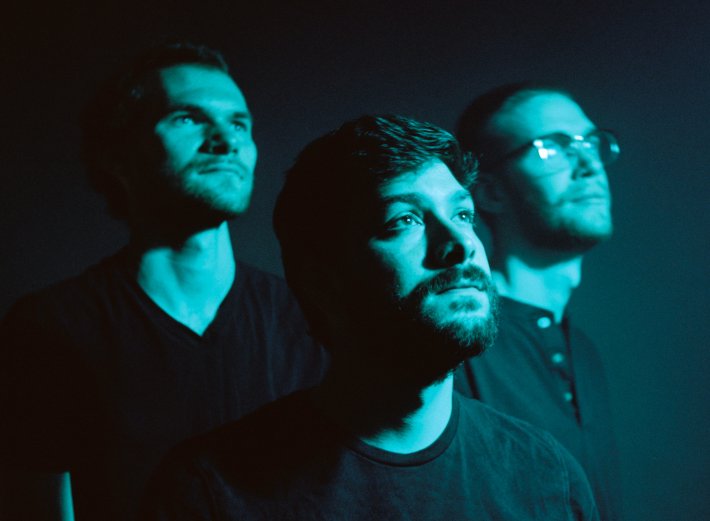 With their eagerly-awaited new album set to land in the next few weeks, Nashville-based outfit Safari Room have now wet our appetite with the release of their latest single '131'.

Taking their cues from the likes of Grizzly Bear, Death Cab for Cutie, and Elbow, '131' is the broad and euphoric indie-rock anthem that we all need in our lives right now. With its rich and textured atmosphere, layered within soaring vocals and sweeping guitar hooks, their newest offering breathes warmth and a captivating energy from start to finish.

So with their new release available now, we sat down with them to find out more about their origins and what has inspired them most of the years.

Alec: I played piano for years, but it wasn’t my favourite. I picked up guitar and was completely taken by it. I’ve since rekindled my love for piano and been writing a lot on it recently during safer at home orders.

Austin: Singing/entertaining my family. I used to sing along to records in front of my parents as a kid and go crazy making them laugh. I would slide in on my knees and everything. I only know how to play the drums though.

Chris: Drum sets/percussion. I always wanted to bang rhythms out on pots and pans and do pretend rudiments with my fingers on tables. By middle school my attention and obsession switched and stayed on guitar.

Alec: Interpersonal connection. I find that music has been a crucial way for me to connect with others. Talking my feelings out hasn’t always been easy, and I’ve found a way to translate that to music. Safari Room digs into heavier emotions in hopes to give an outlet to listeners and start the conversation.

Austin: My biggest inspiration while creating is always the challenge of finding what best suits what I'm working on.

Chris: Realising that sometimes my craft has the ability to make someone in a crowd go “yeah” or “come on”. I feel like the deepest root behind my motivation to practice lies in the fact that I know if I continue to push my capabilities of self-expression on my instrument (or expand that to the band, our writing) then I can create that same childlike joy I feel when I play sometimes for people that are actively listening in a crowd. That is magical.

Alec: I picked up guitar just before my teens so that was a big influence into who I listened to. And angst. Rage Against the Machine was a big one. I also became a lifetime Biffy Clyro fan in my high school years. Bands that kind of stayed in that era of my life are Say Anything, New Found Glory, and Rise Against (amongst others). Here and there I will dive back and the nostalgia rushes back.

Austin: I used to really like pop punk, emo, and punk.

Chris: I listened to a lot of Anberlin, Yellowcard, Cartel, Dave Matthews Band, etc. Stuff that my sisters exposed me too. When I finally started discovering bands for myself it was mostly through guitar-playing. I got really into some metal bands like August Burns Red, Protests the Hero, as well as blues giants like Joe Bonamassa.

Alec: I don’t have a singular song that made me want to pursue music. It was more a culmination of all my experiences in music prior to college and leaving home. I was involved in so many ensembles and bands in middle school and high school. I think that’s what really pushed me to go for it.

Austin: AC/DC’s “Long Way to the Top" from School of Rock .

Chris: Nah. I wish I had such a romantic story. I feel like I moved to Nashville thinking I wanted a life in music. And then only once I started working in the industry did I realise that this was clearly one of my callings/vocations/gifts.

Alec: More and more, I’ve been waking up and just embracing the quiet. I’m an early riser so the morning is a time for peace and quiet. Then, I’ll listen to just about anything that the mood calls for.

Alec: Honestly, too many to count. Whether intentionally or inadvertently, most of the music I write is either for or about someone. On this record, I’d say about six songs are about specific people in my life, spurred from relationships or events.

Alec: Total career? I got to sing with Hans Zimmer in 2017. That was unreal. Safari Room? Touring last year. It was everything I wanted and was excited to really get the ball moving. I’m very eager to keep pressing forward and releasing this album. It’s kind of what’s getting me through the pandemic and isolation.

Austin: Touring the country getting to play in all different kinds of venues and meeting the people who live and interact in the local scenes.

Chris: We had a great hometown show in Nashville at the High Watt last fall that was great, it felt like a nice break from our weekend-a-month on the road schedule and allowed for friends who had seen all about our touring finally come get to hear some new songs. We brought in some extra BGVs and a keyboard player as well, which was cool to hear the live show expanded upon.

Alec: I’m very into film. I have a knack for actors / directors trivia. And when I give myself the freedom and time, I love to cook.

Chris: Sitting and having one on one conversations with those I love and respect. Spending time in nature and feeling really connected to a bigger picture I can’t comprehend. Social justice, hearing the stories of others that push me to challenge my own perception of the world and then carrying that newfound enlightenment into my future conversations, activism, and general lifestyle.

Alec: I was actually a visual artist growing up. I was enamoured with the idea of being a comic book artist until I picked up guitar. I was an avid reader and wrote (and illustrated) my own comic books. Had I not pursued music, I also had a dream of being a college English professor. Tweed jacket and elbow pads and all.

Austin: I would have studied engineering and aeronautics if I could have, instead of going to music school.

Chris: I always thought being a commercial airline pilot or an architect would be cool. Needless to say I’m glad I was led to music. Much more fulfilling for me personally. I’m crazy humbled by the fact that I feel/know I was meant to do this.

Alec: Don’t take things too personally. There’s a million people trying to get someone’s attention at once. If people aren’t listening or responding to what you’re doing, it’s not because of your art. There’s shiny, flashing objects going off all the time, and it’s difficult to take that spastic reality at face value. You just have to wait for handwork and luck to collide and make the most out of that opportunity.

Austin: Develop a strong and mature loving relationship with yourself. Don't let other people affect how you think of yourself, but never ignore advice or criticism from others for the sake of protecting your feelings.

Chris: Build relationships. Be kind with everybody but don’t let people walk on you. Do good work with every responsibility you are given and be an easy person to be around and you can make progress regardless of what part of music you want to go into. It’s all about what you are like to work with, not whether you are a prodigy.

Safari Room's new single '131' is available to stream and download now. Have a listen to it in the player below.

50 min 20 sec ago Having spent the last few months releasing a wave of new material, Róisín Murphy has now announce

2 days 17 hours ago Despite already killing it on the scene as the drummer for The Big Moon, emerging producer and so