His new single 'No More Running' is out now 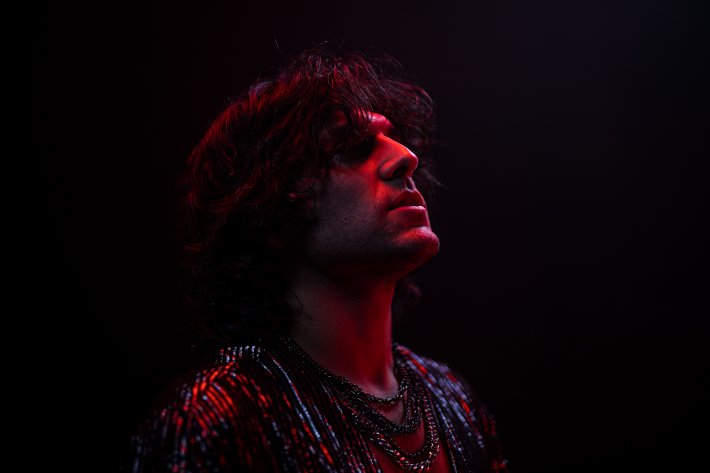 With a bold and blistering array of gems under his belt already, including the breakthrough anthem 'Drifin' garnering more than 500k streams to date, Toronto-based artist Sam Louis is back once again with his anthemic new single 'No More Running'.

Channelling a raw and explosive pop-rock aesthetic from start to finish, 'No More Running' is definitely a song you aren't going to forget in a hurry. Filled with roaring textures, killer hooks, and his own soaring voice layered throughout, he is one name we can expect to hear a lot more from in the months ahead.

As a 90’s kid, I used to have this toy Kawasaki beat-pad synth-guitar. That instrument was around my neck 24/7, would play it all the time, put on concerts and make music videos with it. It had some pretty killer beat loops and presets haha.

My music influence was pretty spread out at a young age. When I was a kid my parents would always play a lot of 90s R&B and 70’s folk/singer songwriter CDs around the house. When I would hang out with my older cousins, they would be blasting Canadiana rock (The Trews, Sam Roberts) and watch the Much Music countdown, Prozzak, The Backstreet Boys, you name it, I loved it all. Listening to a batch of different genres made me appreciate more of the many emotions that music can bring out in people.

The first album I truly owned was System of A Down’s Mezmerize and Hypnotize, I remember waiting in line at HMV for hours to get them, both.

Baba O’Riley - The Who, this will forever be the soundtrack to so many summers, it’s such an intergenerational anthem!

I get creative at weird times, late at night, in the shower, driving and also when I’m running. Some of my favourite melodies were written while I was on the move. That's probably one reason I haven’t written a ballad in a long time… When I’m writing I also use what I call “stunt lyrics” lyrics that I use in the writing process that won’t end up in the final song but help formulate the melodic flow of the track.

I’d have to say 2… The Red Hot Chili Peppers - their music is like no other they essentially created their own genre. The 1975 - their music has done so much for me and so many others.

There’s two divisions for me: LIVE performance and personal listening.

Live is about the moment you allow people to let go. When they forget about all of tomorrow's problems and they are able to be present with you right there. I love being live on stage, sharing music with a hyped crowd is one of the purest forms of artistry in my opinion.

Personal listening: When they find a piece of them in your music, an answer they’ve been looking for. Music is medicine. Each song sparks different emotions for different people. Some bring out highs and some lows, like a drug, music is influential and addictive. I want to help people heal through my music, like music has helped me through many ups and downs.

The most frustrating would be the business side, the numbers side where musicians and artists have to appeal to algorithms in order for labels to find a reason to listen.

Jimmy Hendrix said “music is my religion” and it honestly is mine. I look to artists and albums when I have questions and I write music as answers to those questions.

Music is about us, about people, about love and anger, fear and hope. Music should be a collective channel anyone can tune into if they need answers or help. Music should be there with us, not for us.

Sam Louis' new single 'No More Running' is available to stream now. Check it out in the player below.

5 hours 29 min ago Following on from the release of their much-loved debut EP 'Gazebo' last year, Amsterdam-based ou