Progressive artist moves into a new realm on sophomore collection 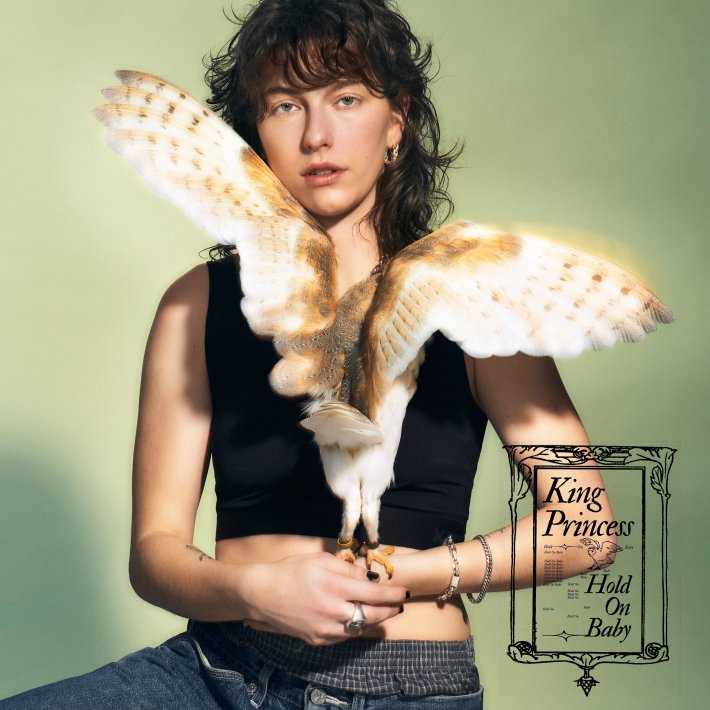 Prior to the release of her stunning debut album 'Cheap Queen' in 2019, King Princess had been greeted as one of the most inventive names arriving on the alt-pop scene. With a tendency to invite a whole spectrum of musical influences into her normally progressive guise, she always subverted expectations around her, leading to her critically-acclaimed initial full-length. But after a few years in isolation, she is looking to branch out even more with her sophomore collection 'Hold On Baby', a record that aims to hone in on a sound that truly defines her.

Working alongside Mark Ronson once again for this new outing, she has also recruited the aid of The National's Arron and Bryce Dessner, Ethan Gruska, Dave Hamelin, Shawn Everett, and Tobias Jesso Jr. to apply their flair to her newest release. And while 'Hold On Baby' does feel a lot more refined than her first LP, its lack of imagination within the production does sometimes feel at odds to the appearance she first projected. Still, it manages to create this wonderfully rich and sweeping aura throughout each entry, giving us a brilliantly cohesive and succinct listen through her wistful demeanour.

It may not have retained much of the edgy quirk that she first brought into the fold, but 'Hold On Baby' clearly establishes her as an artist always looking to pursue the next phase in her musical evolution. Never resting on her laurels, she aims to take the next bold step in her career and deliver an enticing array of enjoyable cuts throughout.

2 hours 27 min ago After blowing us away wit her incredible debut EP 'Slugeye' earlier this year, Gretel Hänlyn is b