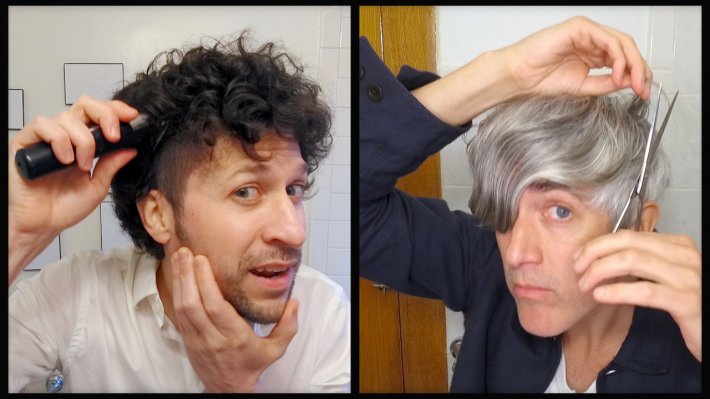 After delivering their much-loved album 'Megaplex' back in 2018, We Are Scientists have now returned to share a very timely new single.

The new track 'I Cut My Own Hair' will soundtrack CALM’s #BigBuzzOff campaign, raising money for Mental Health Awareness Week, and comes accompanied by a very fun, quarantine-inspired video.

Speaking about their new offering, frontman Keith Murray said, “I’ve been cutting my own hair for years now, so one silver lining of this cloudy life in quarantine is that this behaviour, which others used to consider a sign of some flaw in my character, has now become an enviable skill. When I wrote the song last year, I was self-identifying as an outsider. Now, I guess, it’s become more an anthem of unification; everybody is cutting their own hair, like it or not. In a way, it’s pretty nice that the rest of the world — the formerly-professionally-hairdressed majority — has gotten a little closer to knowing the essential, questionably-coiffed Keith Murray.”

While bassist Chris Cain adds, “I knew about Keith’s home haircuts and I sort of envied him and was sort of disgusted by him at the same time. What a risk to take, I thought. What a cavalier way to treat this wonderful gift life gave you, like driving around with your dog in the flatbed of your pickup truck instead of in the cab. But then the internet people made up this insane challenge — cutting your own hair in just over two minutes while listening to our song… and millions of people did it! Who are these daredevils? But they boxed me in. And I admit: it felt like really living.”

Check out the new video for 'I Cut My Own Hair' in the player below. 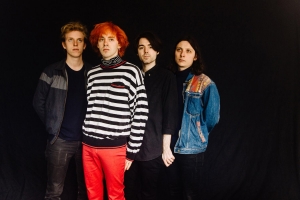 Birmingham-based foursome Peace have unveiled another track to be taken from their forthcoming new album. The track 'Lost On Me' follows the... 6 years 2 months ago 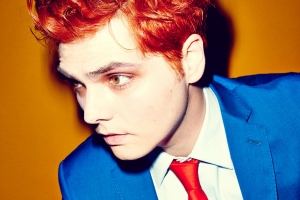 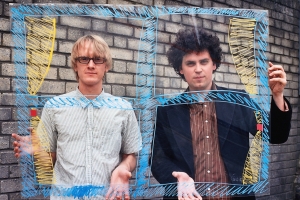 As techno partners Simian Mobile Disco prep for the release of their next studio album, the pair have now unveiled their latest effort 'Dervish'.... 6 years 2 months ago 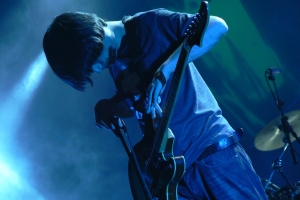 Following on from debuting his composition 'Loop' earlier this week, Radiohead's Jonny Greenwood has now unveiled another new piece from his... 6 years 2 months ago 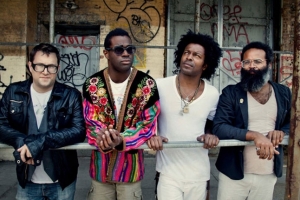 New York-based outfit TV On The Radio have announced their plans for a new studio album later this year. The new full-length 'Seeds' will follow... 6 years 2 months ago 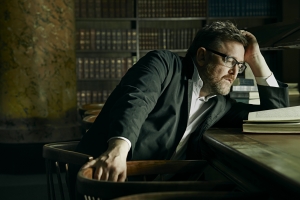 Elbow frontman and BBC 6Music presenter Guy Garvey has announced that he is currently working on a new solo project, however he doesn't like to refer... 6 years 2 months ago 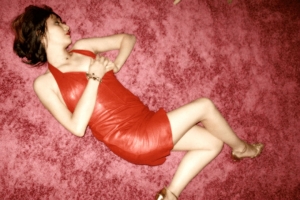 We learned earlier this month that Yeah Yeah Yeahs frontwoman Karen O would be releasing her first solo album later this year, and now we can hear... 6 years 2 months ago 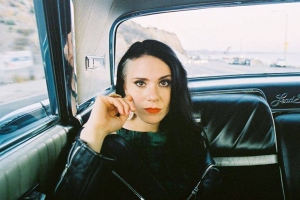 After the London-based singer released her third album 'Girl Talk' last year, Kate Nash has now returned with a new single 'She Knows'. The... 6 years 2 months ago 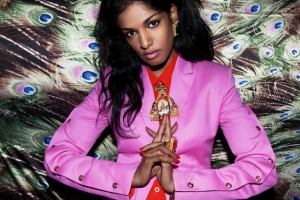 M.I.A. has teamed up with Dutch producers The Partysquad on a new track for their latest mixtape. The new track 'Gold' originally leaked last week... 6 years 2 months ago

3 hours 30 min ago Following on from the release of Elbow's heavily-praised 2019 studio album 'Giants of All Sizes',

4 hours 32 min ago Having spent the last few months releasing a wave of smooth and solid retro-inspired offerings, F