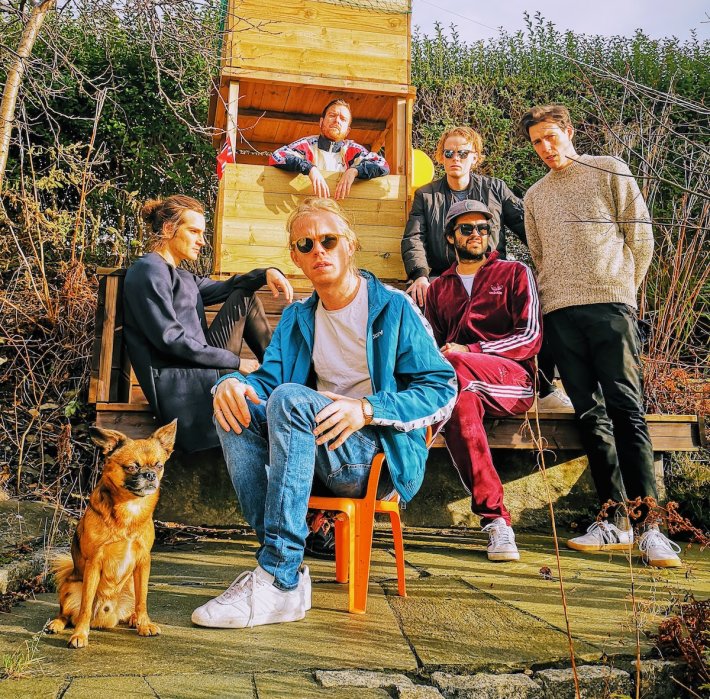 Following their well-received 2017 album ‘Hus’, Norwegian indie-rock outfit KAKKMADDAFAKKA look to return to their most honest and intimate roots with the unveiling of their forthcoming fifth studio LP ‘Diplomacy’, arriving on the 22nd March 2019 via Bergen Mafia Records, while also embarking on their extensive European Tour.

Releasing back-to-back albums in 2016 and 2017, the band took the opportunity to spend the majority of this year on the road, gathering inspiration and influence at every turn.

With striking comparisons to the swooning nature of The War On Drugs, first single lifted from ‘Diplomacy’, ‘Naked Blue’, manages to hold on to the sextet’s core sound, while keeping the energy and momentum high throughout. Produced by Matias Tellez (Young Dreams), its wistful yet powerful production keeps the track on a consistent and driven path, allowing the group to find a focused and cohesive sound in the process.