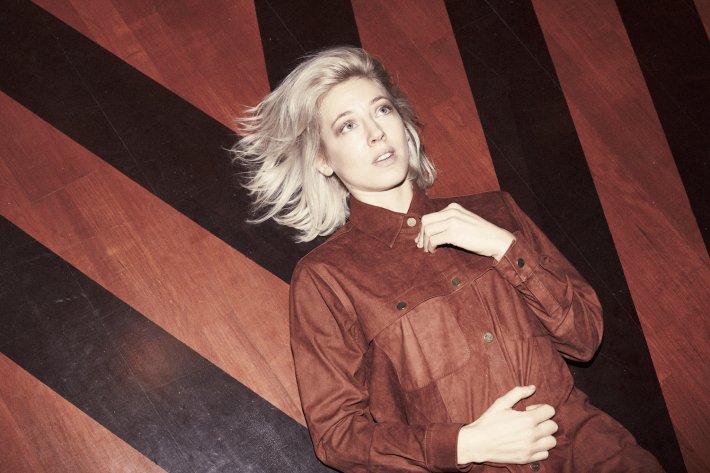 Sweden- the cold and sparsely populated country up north. Somehow Sweden has managed to maintain an amazing musical export over the years, from ABBA to Avicii and Max Martin to Swedish House Mafia. But there is a Swedish superstar you might not yet have heard of: Veronica Maggio. 2016 and Veronica Maggio is still undeniably Sweden's queen of pop since many years, and the biggest local artist. Despite lyrics sung in Swedish, a language spoken by no more than 10 million, Veronicas songs have managed to stream upwards of five hundred thousand plays on Spotify. Even when Veronica first showed up on the Swedish music scene in 2006 with her debut single “Dumpa Mig” (break up with me), one could sense that something unique was taking shape. Her style of lyric-writing was significantly different from the tradition of swedish pop lyrics up to date. A sort of “write about what you see”-perspective based on herself, her childhood, experiences and not so seldom about her shortcomings. Pop music with huge choruses, as contagious as the best, but revealing a darkness. Veronica sang about relations and parties, but also about restlessness, breaking up, hangovers and her lyrics often creating small film-scenes. Together with another Swedish artist, Håkan Hellström, who she later would collaborate with on the single “Hela Huset” (the Whole House), she managed to change the way swedes wrote lyrics, bring the Swedish language back up to the top of the charts and getting tons of followers in the process. Veronica lined up the hit singles - “Jag kommer” (the ambiguously titled “I’m coming”), “Välkommen in” (Welcome Inside), “Snälla bli min” (Please be Mine) and “Satan i Gatan” (an expression, much like “Goddamn!”) to mention a few. Her profile rose for each album and she managed to balance huge commercial success, while remaining the critics favourite. At this point, Veronica has released four albums, won five Grammy's and received more than 25 gold and platinum awards.
Clients