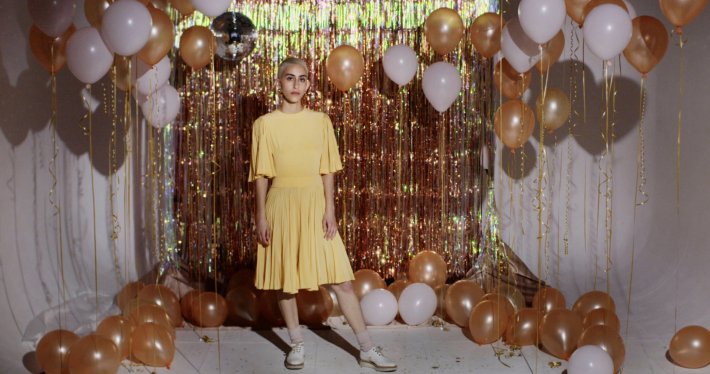 After spending the last few years delighting us with a flurry of fresh and exciting singles, London-based New Jersey-born songwriter Muna Ileiwat is now looking to mark the first major milestone of her career so far with the announcement of her debut EP 'Twenty-Seven'.

Previewed by the rich and dynamic new effort 'Pity Party', her forthcoming collection aims to establish her as a bold and inventive name emerging on the scene. Inspired by the night of her 27th birthday, 'Pity Party' aims to unpack the events of the year that led to that point and tries to make sense of where her life is heading through a lens of fresh and adventurous alt-pop production.

Speaking about the new track, she said, “That year marks a time when I became somewhat of an open book. I had no time for people’s bullshit and decided I was just going to start tackling life with 100% conviction.”

While adding about the new EP, “My main inspiration throughout this process was exercising and accepting a lack of control. Creatively, writing and recording this EP felt new in many ways. It felt like I reclaimed my innovation by just creating for myself,” she says. “It’s a profound way to experience a sense of community and being able to share that with others is wonderful in many ways. It made me realise that’s the real reason I wanted to make art in the first place.”

Muna Ileiwat's debut EP 'Twenty-Seven' is set to be released on the 19th August via Fear Of Missing Out Records. Check out the new video for 'Pity Party' in the player below.

4 hours 33 min ago After delighting us with a flurry of warm and enticing releases these last few months, James Vick

4 hours 50 min ago After establishing himself with a flurry of releases throughout last year, fast-rising artist Tot