Her new single 'Medicine' is out now 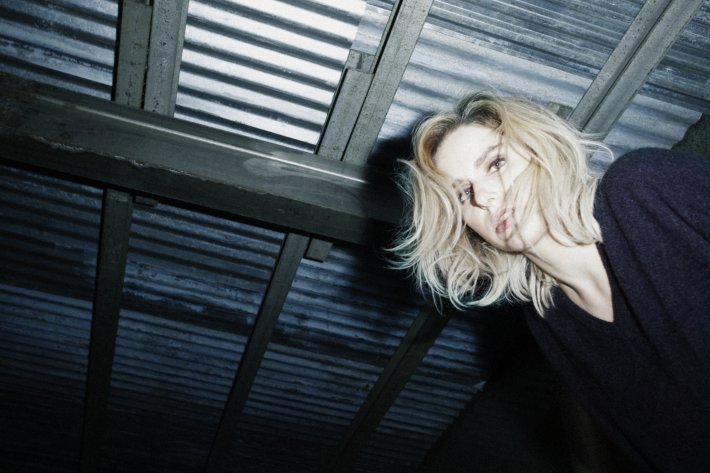 Following on from the release of her highly-praised offerings 'Sacrifice' and 'Cover The Dust' earlier this year, Berlin-based artist Anastave is back once again to unveil her mesmerising new single 'Medicine'.

Lifted from her forthcoming sophomore album, which is set to arrive soon, 'Medicine' makes for a wonderfully atmospheric listen. Channelling the likes of Portishead and Björk with her bold and driven approach to production, this new release cements her as one of the more compelling names on the rise right now.

Piano was the first instrument I fell in love with, but when I started writing songs, the thing I was most grateful for was my voice.

I've always liked many different styles of music – never settling for one specific genre. Some artists I loved were The Cure, Radiohead, and Nine Inch Nails. (I still do!)

One of the first albums I owned was Nirvana’s “Nevermind.”

I don't think there is one. I respect other artists being their unique selves, and I think songs are so great because they come from the artist directly, and no one else — no one else could write them in the same way. There are countless songs I love, though; a few of them are Burial's "Archangel," Aphex Twin's "Windowlicker," Elliott Smith's "Between the Bars," and PJ Harvey's “Down By The Water."

I have a folder in my notes app called "lyrics," which I add to all the time – even if it doesn't make sense—snippets of conversations, a quote, how I'm feeling, anything. If I'm walking and a melody pops into my head, I'll hum it on the street into my voice memo app. I play piano often – even if I start with scales, the practice eventually becomes a song. I have to let myself sit down, feel uncomfortable, and then something comes out.

I saw Moderat perform live this weekend, which was inspiring. So I've been listening to them along with Nils Frahm, DJ Koze, Gil Scott-Heron, Nicolas Jaar, Maya Jane Coles, and Kate Bush.

The answer to a question like this would change pretty often for me. Primarily, I want my music to mean something to the people who hear it. So when thinking about who to open for, I'd like to open for someone whose audience would get something out of my music. Sometimes people tell me that certain elements of my music make them think of Massive Attack, and it would definitely be cool to open for them.

There are lots of rewarding things about being a musician, but my two favorites are that I can express myself – and understand what's going on with me through music and, equally importantly, that my music is able to help people through whatever they're going through. Recently, a fan of my music wrote me telling me that my last single, "Sacrifice," really helped him through a time when he was struggling – that means a lot; that stuff makes it worth it.

As much as there are many rewarding parts of being a musician, there are definitely challenges too. One of the biggest challenges for me is seeing the bigger picture. I can get overwhelmed and fail to see the forest for the trees.

Anastave's new single 'Medicine' is available to stream now. Listen to it in the player below.

9 hours 8 min ago With her highly-anticipated new album just a few days away, Courtney Marie Andrews has now droppe