Getting To Know... The Arthurs

Getting To Know... The Arthurs 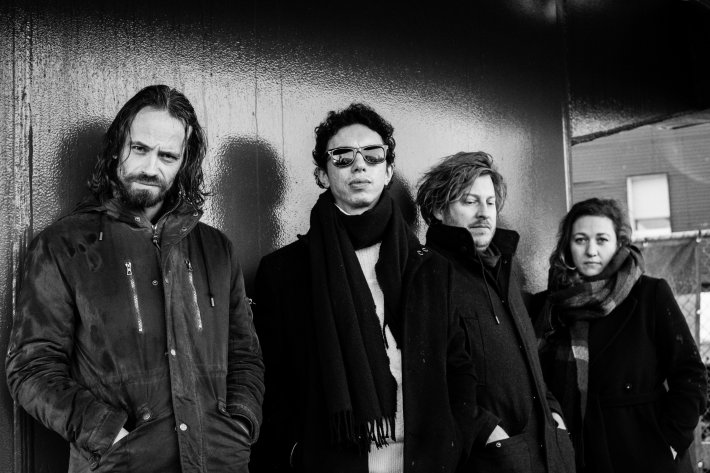 With a string of heavily praised and captivating singles already under their belt, Dutch outfit The Arthurs look to continue their bold and uplifting ways with their stunning new single ‘Red Letter Days’.

Taking their cues from artists such as Real Estate and Radiohead, the band collaborated with TV actress and singer Kiki Van Deursen for this soaring and atmospheric new offering, which is set to appear on their highly-anticipated sophomore studio album, expected to be released in September.

So with the group returning on stellar form, we sat down with singer/songwriter and vocalist Robin to find out more about their influences and what has inspired their sound over the years.

That’s the guitar from a very young age. I remember that I made small guitars from Lego and “played along” with what came on the radio. I must have been three years old or something.

When I was around 7 years old, my parents bought me a Yamaha keyboard as a birthday present, that type of keyboard that you can hang around your neck, in a kind of guitar shape. Around that time, my father had introduced me to the music of The Doors. Without understanding much of Jim Morrison’s words, that band made a huge impression on me from an early age. I thought their music was kind of dark and somehow terrifying, but it was also very exciting to me.

So, I tried to imitate The Doors with this keyboard by recording my own concerts in my bedroom on cassette tapes. The keyboard had some kind of drum computer in it. I was just messing around, didn’t know how to play the thing. I remember I called this one-man band “Grave”. Pretty sinister, now that I think about it.

Years later, at the age of 10 or 11, my older cousin gave me some sort of fake wooden guitar that he had built himself for some performance in high school or something. It was shaped like a flying V. I used it to imitate my musical heroes, like Kurt Cobain, headbanging in my bedroom in front of a mirror. Common teenage stuff haha. Of course, nobody was allowed to see me doing that.

I didn't really start playing the guitar for real until I was 16 after watching a Smashing Pumpkins concert on Dutch television. I was blown away by the power of these heavily distorted guitars. From that moment I knew that I really wanted to be in a rock band.

I first ended up being a rhythm guitarist in a sort of blues band fronted by singer/songwriter Mark Lotterman, which eventually became the backing band for a famous Dutch poet named Simon Vinkenoog for a while. After that, I started my own band as a singer/guitarist when I was around 19 years old and really began to write my own material.

I write about things everyone has to deal with in daily life. Anger, fear, love, loss, confusion, longing, desperation, people, this world we’re all living in. About things I can’t really understand. Human behaviour and human interactions. Feelings and thoughts, I can’t really define. The world can be a weird place, right?

That’s why the songs of The Arthurs are kind of melancholic, I guess. Like the music of these bands I used to listen to a lot when I grew up, like The Doors, Nirvana, The Smiths, Pixies and Radiohead. But also singer-songwriters I used to listen to a lot, like Sparklehorse, Elliott Smith, Tim and Jeff Buckley or Nick Drake to name a few, who all had a more visual, sometimes sort of eerie or mystic ways of writing songs. Like Jimi Hendrix who wrote songs about the dreams he had. I really like that. Lyrics become multi-interpretational that way. I think it also influenced my style of songwriting for some reason: it is not that literal, or concrete or straight to the point. When I’m writing a song, I have to convert or translate these feelings or thoughts, these fragments of stories or visionary images that circulate in my head to song lyrics. Like painters do, right?

As a teenager I really liked guitar bands that were on MTV all day. All these guitar bands like Nirvana, R.E.M., Soundgarden, The Breeders and Smashing Pumpkins for example. I must have been 10 years old or something. MTV was completely different during those days. A lot of good alternative rock music. One of my childhood friends had an older brother who had all these bands and their records on cassettes and copied them for me. Later on, I really liked British bands like Oasis, Blur and Radiohead. I remember buying this book with chords of “What’s the Story Morning Glory”. “Wonderwall” and “Don’t Look back in Anger’ were one of the first things I could play on my acoustic guitar.

Not a particular song, but when I was around 16, I was really into the guitar playing of Billy Corgan. I really liked the sound of the Pumpkins Siamese Dream and Mellon Collie and the Infinite Sadness records: these loud-quiet- loud dynamics, like other bands of that era also had. You can also hear those dynamics a bit in the music of The Arthurs. But at that point of time, the Smashing Pumpkins were my heroes. When I bought my first electric guitar, I got myself that Electro Harmonix Big Muff pedal too, because I really wanted to sound like them.

That depends. I listen to a lot of music from different eras: alternative rock, indie, shoegaze, garage, these classic rock stuff, punk, blues, new-wave, soul, funk, R&B, Motown, reggae, a lot of singer-songwriters. There are a lot of artists and bands that I really like, too many to mention, and most of them are not well known. For me the music I listen to has to be “real”, I guess, like authentic, sincere and heartfelt. Like all good types of art, right? There’s a lot of music out there nowadays which all sound sort of the same, but in the end it’s all about taste, right?

I also like electronic music and was in an electronic rock duo called Transtec with a drummer. I always liked the concept of blending electronic music with rock music elements, like bands such as Devo, Grandaddy, Soulwax or MGMT do. Radiohead stuff like OK Computer, Kid A and In Rainbows too of course. We made one album with Transtec, a self-titled one, and it’s on Spotify etc.

Many of my songs are sort of autobiographical and they always involve these characters, or people so to say.

With The Arthurs we did some pretty cool festival gigs, like Westerpop in Delft here in Holland, last Summer. Playing in front of at least 5000 people was great. There’s some footage of it on our YouTube channel.

We were also booked to play our biggest festival show up to now in May, Bevrijdingsfestival in Rotterdam, on Dutch Liberation Day. Unfortunately, this one is cancelled because of the Corona situation, like all of our tour dates this Spring. We were supposed to be the support act for legendary new wave band Fischer-Z this April too, but that has been rescheduled to September this year.

It was also great that we got positive press attention when we released our first album ‘When I’m Sane’ in 2017 and some cool, very satisfying international attention for our latest singles ‘Leave this Town’ and ‘Red Letter Days’ more recently.

But off course we hope, the best is yet to come.

Well, I do have a day job, like the others in the band. I’m a teacher in social studies and I really like what I do. But we all take our music and our musical career with The Arthurs very serious too. We’re a very hard-working band, very ambitious and really want to make the most out of it. We just believe our music has to be heard by as many as possible, because we think it’s really worth it. We’ll see what the future brings.

The most important thing is to have fun. When you’re ambitious, you have to be very, very patient. The music industry is not the easiest one and there’s a lot of favouritism and competition. It’s hard to make a living out of it, so be sure that you have a job to support yourself. On the other hand: making music is the best thing there is and it can give you a lot of great times too. So, if you really want to achieve something with making music, just work hard, never give up and keep on rocking!

The Arthurs’ new single ‘Red Letter Days’ is available to stream and download now, with their second studio album dropping this September and a new single arriving in April. Have a listen to it in the player below.

15 hours 58 min ago Chinwe - 'Something Beautiful'

5 days 9 hours ago After spending the last few years delighting us with a flurry of fresh and exciting singles, Lond