Getting To Know... Dylan De Bono

Getting To Know... Dylan De Bono

His new single 'I Can't Say No' is out now 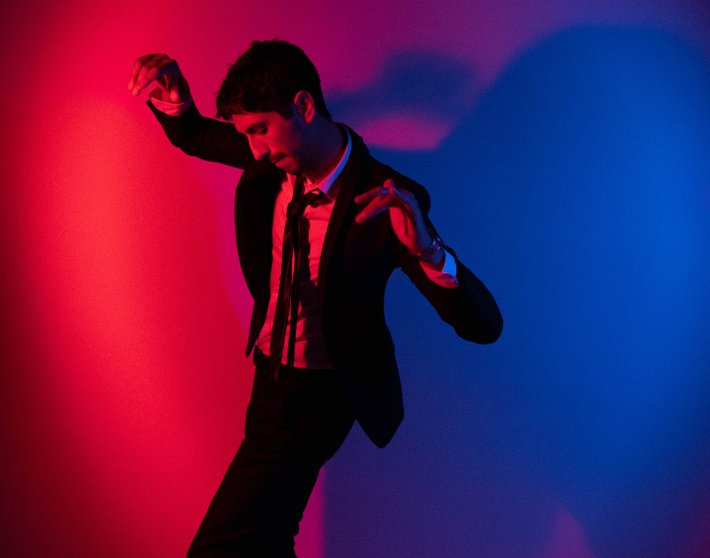 After cementing himself with a flurry of bright and enticing offerings of late, which have since racked up hundreds of thousands of streams since, emerging Maltese artist Dylan De Bono continues his vibrant ascent with the sweeping new single 'I Can't Say No'.

Bringing back more of that warm and uplifting alt-pop energy he is known for, 'I Can't Say No' makes for a brilliantly alluring listen from start to finish. Filled with bouncing production, killer hooks, and his own infectious vocals at the helm, his latest effort is another captivating reminder of why so many are flocking to him recently.

So with the new single available now, we sat down with him to find out more about his origins and what has been inspiring him most lately.

Great question. Drums! The first instrument I owned and practised was the guitar, however, the drums were the first instrument I really wanted to know how to play. You see, I didn’t grow up in a well off family. My mum and I were living in a small flat with my grandparents and uncle. There was no space or money to own a drum kit. So, as always you want what you can’t have. When I watched MTV and saw bands play live my eyes would always gravitate towards the drummer. Then, I decided to practise drums, by arranging pots, pans, boxes and tambourines, in a drum-set arrangement, using chopsticks instead of drumsticks! In fact I signed up to play drums with a local church at 9 years old, without ever playing on an actual set. When they asked me if I could play, I just said ‘Yes’. So the first time I played on an actual drum set was during the local mass. Crazy. That could have gone horribly wrong. Then as I started to get older, I started to realise that it’s easier to write songs and sing while playing the guitar.

I grew up on Pop music. I simply loved following whatever is hip and trending on MTV. This was the 90’s and early 2000’s. So I grew up listening to Backstreet Boys, Westlife, Moby, Robbie Williams, Dido, t.A.T.u, Gorillaz, Ricky Martin, Enrique Iglesias, Britney Spears, Shaggy. There was so much good pop music back then. Also, at the time, rock music was very much present on MTV, so I used to love bands like Blink 182, Sum 41, Limp Bizkit, Crazy Town, Soundgarden, Avril Lavigne… Also, at the time Daft Punk had released their ‘Discovery Album’, which I was obsessed with. That album just mesmerised me. I couldn’t get enough of their robotic voices mixed with what sounded like real instruments. The idea that they made this cool new kind of pop music yet keeping their identities a mystery fascinated me. I also went through a very bad Marilyn Manson phase when I was in my early teens. At the time, he had released ‘Sweet Dreams’ and ‘Tainted Love’. I loved his voice. I liked him because he was different. I was drawn to his dark, weird persona. I had all his albums at some point.

When I was 16 years old, my mum started dating someone who was into 70’s rock. He introduced me to more sophisticated bands like Pink Floyd, Supertramp, The Doors and The Alan Parsons Project. This is where my love of concept albums comes from surely! Going back full circle, today I’m really a pop person. I simply love pop music. Whenever music appeals to the masses commercially, it intrigues me.

Let’s think. I can’t remember. It might be ‘Discovery’ by Daft Punk or ‘The Eminem Show’. Loved both those albums.

You know it would be amazing to write a timeless pop song that crowds know word for word no matter where you play it, such as ‘Angels’ by Robbie Williams, ’Take on Me’ by Aha or The Beatles’ ‘Yesterday’. All those songs are huge. It’s a miracle that they were actually written.

Actually, thinking about it, here’s my answer! I wish I could have written a song that is both funny and timeless. Such as ‘Angel’ by Shaggy. I play that song in all my live sets. People absolutely love it, and I always finish playing that song thinking ‘Fuck, I wish that was my song’. And no matter, in what setting I play it or where, people always go crazy for it - the guys, the girls, it doesn’t matter. Everybody loves it.

Any rituals? Let’s see… Stressing out that nothing’s good enough. Seriously, I usually need to be alone when I write songs. I don’t necessarily need an instrument. Sometimes I can just come up with melodies in my head. I always record a song on my phone as soon as I write it. Voice & piano or guitar, nothing too complicated. My phone is full of little song ideas that I just craft and organise at a later date when I have the motivation. Whenever I write a new song, even if it’s not finished yet, I send over the recording to David Vella, my writing partner. If he likes it, I know it’s good. If he doesn’t like it, I usually stop working on it. I completely trust his intuition and knowledge about music.

At the moment I’m really into Troye Sivan. I think he’s an absolute pop genius. The songwriting and production are hypnotising. Also, I’ve been listening to Charlie Puth on repeat ever since he released the album ‘Voice Notes’. I’ve literally listened to that album hundreds of times. I mean come on, his hooks are irresistible. Also, I’m absolutely addicted to The Weeknd’s new album ‘After Hours’. The song ‘Out of Time’ from that album is perfect.

One can dream! It would be unbelievable to get to share a stage with a legend like Paul McCartney or Elton John. I mean, having the approval of someone who is such an absolute legend… I imagine there would be something very reassuring and healing about that experience.

This is a fun question, let me think of someone else. Oh yes! It would be so amazing to open for Post Malone, or someone like The Weeknd. They seem like such cool guys down to earth bros. They always look like they are having a fucking good time. However, getting real, I would probably be booed off stage if I get to open for them haha.

I love everything about it. I love creating art. I’m so proud to have created something out of nothing and put it out into the world. I told my partner David, when we finished the album, something like ‘You know man, the fact that we made this, just makes my life complete. I can die peacefully now, even if no one listens to it’…and I honestly mean that, although now I want to be alive to perform it live! Haha.

Marketing. I hate advertising myself. Oh! And carrying a lot of gear to live gigs.

Dylan De Bono's new single 'I Can't Say No' is available to stream now. Check it out in the player below.

11 hours 18 min ago With her eagerly-awaited new remix EP landing next month, Bess Atwell has now shared the next cut

14 hours 14 min ago After an astonishing run of form throughout his releases over the last decade, South African sing