Getting To Know... KK Lewis

Getting To Know... KK Lewis

Her new single 'Good Enough' is out now 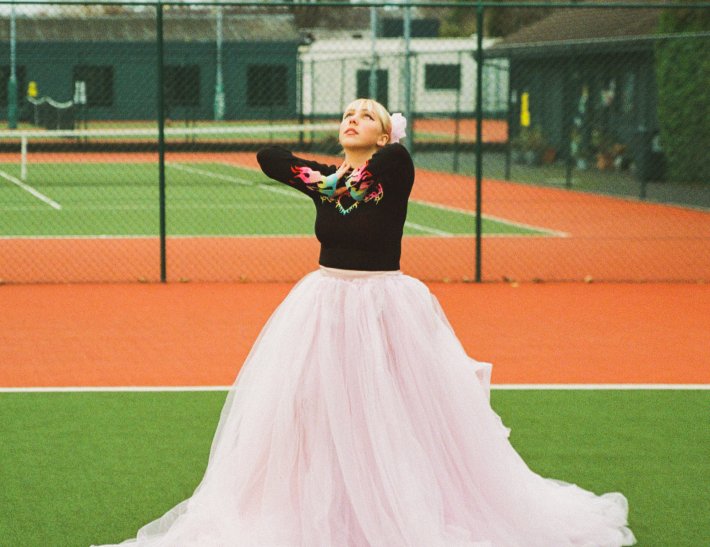 After the release of her debut single 'Loop Now' earned her enormous praise and landing her on numerous Ones To Watch lists last year, Dublin-based artist KK Lewis is back once again with her latest gem 'Good Enough'.

Channelling the bold and diverse sound of acts like Joy Crookes and Biig Piig, 'Good Enough' sees her return in formidable form. With a smooth and enticing production measured against her own captivating voice throughout, her latest delight cements her as a truly mesmerising name emerging right now.

So with the new single out and about, we sat down with her to find out more about her background and what has inspired her most over the years.

I grew up playing the fiddle/violin but I always remember being jealous of my brother going to guitar lessons but it wasn't until I was 18 that i actually picked up the guitar and taught myself how to play and my first mini Taylor acoustic was definitely the first instrument i fell in love with.

One Direction definitely dominated most of my teen years but in my later teens that I started exploring a lot of folk music like Bob Dylan and Bon Iver and then veered into Soul, RnB and HipHop.

The first album I remember listening to as a kid was the Jazz Divas CD that my mum would always play! but I think the first album that was actually given to me was the Katy Perry ‘Teenage Dream’ album!

Definitely ‘Love is a losing game’ by Amy Winehouse.

Not really, At the moment with everything going on, Im finding it very hard to write music and find inspiration so I’ve been reading a lot more poetry and trying to write lyrics separately to the music and then kind of morph different ideas together.

So many!! My playlist right now consists of the likes of Celeste, Still Woozy, Slowthai, Joesef, Biig Piig, Olivia Dean and Lianne La Havas. I've also been diving into a lot of old James Blake albums.

I think probably Frank Ocean, that would be insane.

When people message me to tell me that my music has affected them in some way, that always makes me so happy and reminds me why i write music in the first place.

The music community can get very competitive at times and it feels like everyone is against each other. I think there is room for everyone's music and we should all support one another and lift each other up instead of seeing each other as a threat.

My producer once said something to me and it always stuck with me. Race Horses wear blinders for a reason, so that they don’t get distracted by others and they can focus on their own race.

KK Lewis' new single 'Good Enough' is available to stream and download now. Have a listen to it in the player below.

12 hours 53 min ago With her eagerly-awaited new album arriving in the coming months, Martha Wainwright has now dropp

8 hours 12 min ago With the likes of BBC Introducing and Radio 1xtra praising her work over the last few months, Man