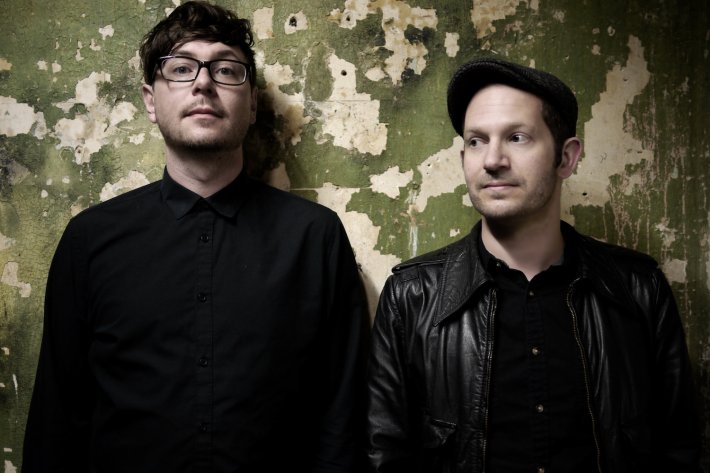 It's September - Summer is long gone and as we delve into the beautiful nostalgia of autumn, we are all trying to get back in shape and lose the extra stone that has been acquired with all the beer garden binge-drinking the last 3 months. It's been a blast, thanks Beavertown...

So to help focus your mind on something other than a delicous tall pint, we've starting our singles of the week column again. Check it out.

AK/DK’s new album ‘Patterns/Harmonics’ takes us deeper into their ever-changing, kaleidoscopic world of wild synths and drums. A joyful barrage of distorted drums and rhythms interweaves with simmering electronics.

Fresh from touring a host of the UK's most credible festivals, including End Of The Road and Green Man, the band are on tour again this autumn including hitting London on 31st October.

A dreamy, hook-laden song about overcoming fear through the strong bond of a loving relationship, Chad Male, the producer and artist behind Cape Cub, once again showcases his natural flair for uplifting and rousing melodies.

Following on from dates with Clean Cut Kid and Fickle Friends, Cape Cub will play at Middlesbrough’s Twisterella Festival alongside British/Icelandic trio Dream Wife and pop newcomers Outlya on 7th October, before following that with a headline performance at Oxjam Newcastle in The Cluny on the 21st October.

Matti Roots’ extensive musical background and stylish imprint of soul and pop has been sought out by numerous unsigned and signed artists, such as Dua Lipa, Paigey Cakey, July Jones, Age of Luna, Shae and Jaguar Skills.

The New Coast are a fresh new project between two friends from Tunbridge Wells that formed in 2016, nodding to the iconic storytelling, vividly human imagery and natural showmanship of Springsteen, Death Cab For Cutie and Brandon Flowers. Check out the new single Sleeptalk, we look forward to hearing more from this duo.

5 hours 15 min ago Having remained almost entirely silent since their 2013 LP 'Antiphon', Midlake are back to announ

6 hours 14 min ago Following on from a string of impressive offerings over the last year, Stockholm-based singer and