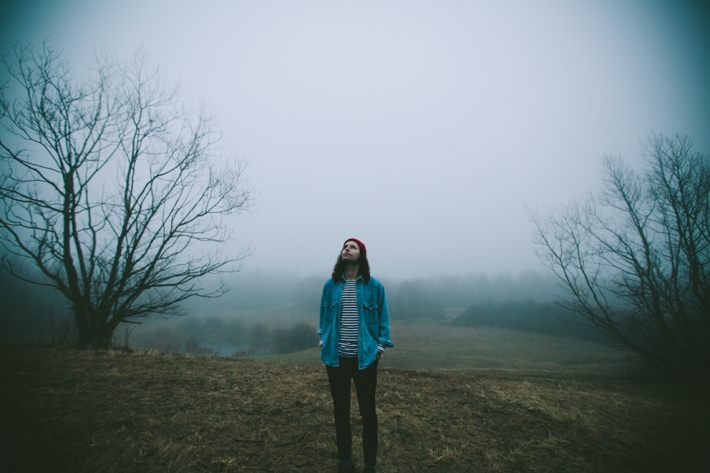 Actually, we already knew what we were going to say about him from the first track we played - new single U Got All I'm Looking 4. That he was a fine purveyor of eminently listenable, wistful chillwave pop (and that he learned everything he knows about spelling from Prince). The track also fulfilled another function: it made us want to hear what else he'd done, and when we saw how much there was, we had no hesitation in wanting to hear it all. We didn't recoil from his prolificness; in fact, we embraced it, and by the end we admired the speed with which he'd amassed (since 2011) his considerable body of work, as well as its consistency. We decided that he might not be a true original like Ariel Pink, whose music has a transgressive extra edge, he doesn't yet have a single knockout tune meriting endless (summer) play like Washed Out's deathless Belong, and it remains to be seen whether he has the chops to auteurishly transfigure (and change the meaning of) another artist's work in the manner of Toro Y Moi's startling remix of Odd Future's French. But he's certainly a frontrunner in the sheer quantity-of-loveliness stakes.

He is, we should have said, David Alexander, a Swedish dreampopper who began recording (but not releasing) back in 2009, "just for fun", using his dad's synthesisers and assorted technology (because, for some reason, his old man just happened to have a Yazoo-ish collection of gadgetry in his back room, as you do). He initially used the name Sommarhjärta which means summer heart in Swedish but changed it for the sake of commercial expediency. Not that he's had a hit yet, but he has had over half a million plays on SoundCloud and wowed the world of Hype Machine with his glo-fi DIY summerwave from the frozen north. "It's kind of lo-fi with a lot of mid and bass," he says of his music, which has drawn comparisons with early MGMT and "the Beach Boys at their most brilliant" and been described as "like a great song you heard on the radio in the 1980s that still makes you smile when you hear it all these years later". His songs are suffused with that quality of nostalgia, with forlorn longing, all hazy, glazed vocals and sepia wan worn-tape fuzz and decay. The titles pile up the sense of a character in love with the idea of lovelessness and the ineffability of happiness: Please Stay, Broken Hearts, I Miss You, Who Said That Time Was All We Had, I Wanna Go, Say Goodbye… If you were feeling harsh, you could suggest that they read - and sound - like a series of parodies of loner-boy laptop pop. But if you're in the mood, and in tune with New Band of the Day - which, we should tell you, becomes, as of next week, the no-less tireless and trustworthy New Band of the Week; same site, different frequency - you'll adore these muffled melodies and dolorous, drifting elegies.

12 hours 9 sec ago With her eagerly-awaited new album landing in the coming months, Billie Marten has now unveiled t