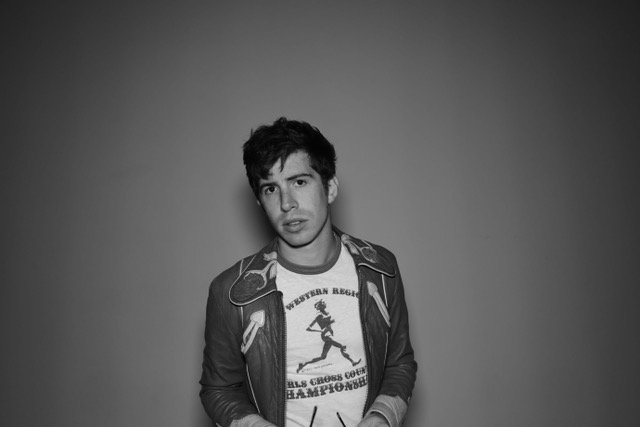 With a sound that looks to take influence from the likes of Caribou, Toro Y Moi and Gold Panda, emerging New York-based artist Ade has now announced the details behind his debut album 'Midnight Pizza'.

Previewed by the new lead single 'The City', it already feels like the producer and songwriter has been doing this for years. With a dense and textured sound running throughout this initial offering, this percussion-less release makes for an enticing listen that opens up his world for us all to enjoy.

Speaking about the new offering, he said, “As soon I sang out that first line, I could hear the same voice, from the same guy, alone in an apartment picking up where I left off, in the middle of a song I had been singing for some time now, lamenting the same paradoxes I think a lot of us occasionally experience - loneliness and actively engaging, if not revelling in, antisocial behaviours and habits. That’s the melodrama of your early 20s though I guess, but, gotta say, everything got a lot less heavy after I quit smoking weed.”

While adding about the album, “I didn’t see any real reason why I should inhibit my instincts to shapeshift and experiment at the expense of expressing myself and all my musical influences. The goal of this album was to create a kind of tie dye venn-diagram wherein everything I liked and felt and was inspired by could embrace and dance around.”

Ade's debut album 'Midnight Pizza' is out on the 23rd April via Trickwork, and you can check out the album's teaser trailer in the player below.

2 hours 11 min ago After blowing us away wit her incredible debut EP 'Slugeye' earlier this year, Gretel Hänlyn is b