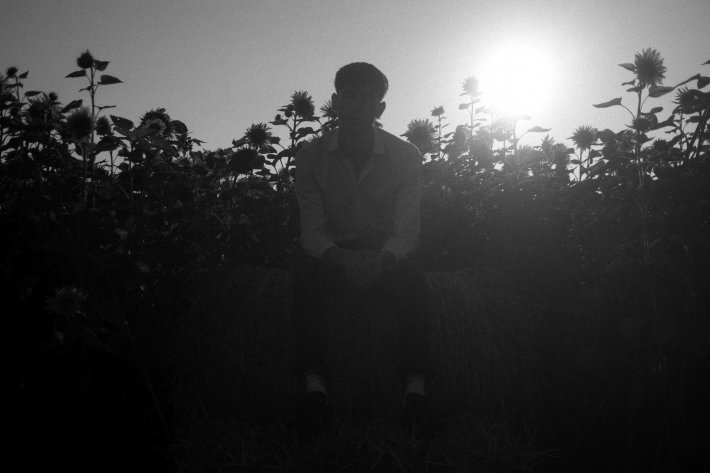 Just when you think the indie-rock scene has reached peak saturation, an artist comes along and finds something new and interesting to do with the sound. Enter Portsmouth-based newcomer Harvey Jay Dodgson, whose debut single 'Caroline' has already began to turn some serious heads.

Channelling the same breezy and jangled direction as early Arctic Monkeys and Miles Kane, 'Caroline' already has hit written all over it. Now accompanied by a stunning new video, directed by 'Alex Fountain, this spritely two-and-a-half minute offering showcases a bright and effervescent name at the helm, delivering a truly catchy and toe-tapping delight from start to finish.

Speaking about the new video, he said, "Having Alex Fountain as the director and videographer really captured the visually creative side of the song, and was brought to life by the use of close-to-home locations: Sam’s Sunflower Fields on Hayling Island and Langstone Shore. Another element was being able to film with the newly formed band. This matches the tracks fully-produced sound and also made the process one I could share with other people".

Harvey Jay Dodgson will be performing an upcoming hometown show supporting The Snuts at the Wedgewood Rooms on 16th November, and his debut EP is set to arrive next year. Check out the new video for 'Caroline' in the player below.

7 hours 10 min ago With their highly-anticipated new album landing early next year, Circa Waves have now dropped the

10 hours 17 min ago After breaking through with their brilliant debut single 'Old Mate Bill' earlier this year, emerg