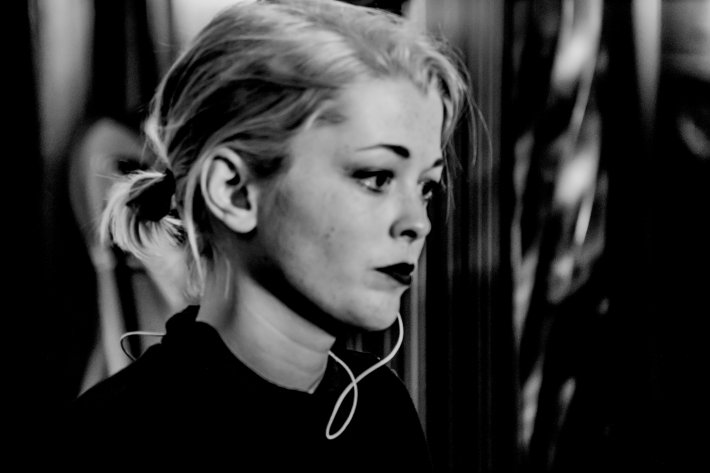 After breaking through with her brilliant debut single 'Greeting' last year, emerging outsider pop artist Carmel Smickersgill has now announced her plans for her first EP, as well as delivering the wonderfully inventive new single 'Questioning'.

Premiered on Mary Anne Hobbs’ BBC 6 Music show earlier this week, 'Questioning' is one of those rare, undefinable gems that hits you immediately once you hear it. With its glitchy textures, vibrant aesthetics, and diverse instrumentation, the Manchester-based artist seems keen to take alt-pop to a whole new level with this one.

Speaking about the new offering, Carmel said, "I think how you react to something, how you pronounce your vowels etc when you're caught off-guard, really says a lot about who you are and where you've come from. "Questioning" is a celebration of identity, but one to be taken lightly. Revel in the bold changes and big shapes."

Carmel Smickersgill's debut EP 'We Get What We Get And We Don't Get Upset' will be released on the 15th April via PRAH Recordings, and you can check out 'Questioning' in the player below.

2 hours 9 min ago With their highly-anticipated new album landing in the coming months, Interpol have now dropped t