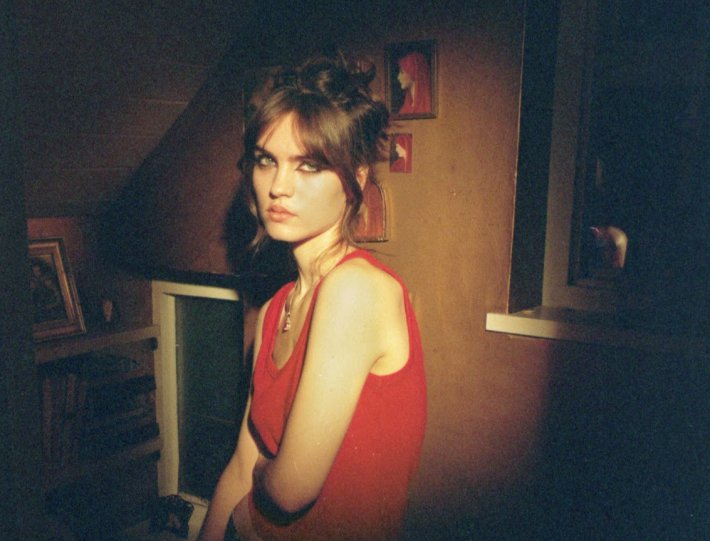 With tickets to her debut headline show at London's Bermondsey Social Club selling out in less than 48 hours, emerging singer and songwriter Gretel Hänlyn is certainly a name building hype right now, and she has just returned to deliver her latest single 'Apple Juice'.

Co-produced with close-collaborator Karma Kid and Eg White (Adele), ‘Apple Juice’ is the fourth and final taste of the hotly-tipped newcomer’s debut EP 'Slugeye', ahead of its release on the 5th May via VLF Records. With her distinctively raw voice riding a wave of bright and shimmering pop-rock production, she has a sound like no-one else right now, something we rarely see in the wild these days.

Speaking about the new offering, “Apple Juice is about holding yourself back, especially socially, and being very aware that you’re the only one that stands in your own way. I don’t like to take things too seriously and this song is meant to be light hearted and it ends with me trusting that everything will be fine, I’m still learning.”

Check out the new video for 'Apple Juice', directed by Ben Brook, in the player below.

3 hours 58 min ago With her highly-anticipated new album landing later next month, Beth Orton has now dropped the ne