ARTIST OF THE WEEK: No.395 - Seraphina Simone

ARTIST OF THE WEEK: No.395 - Seraphina Simone 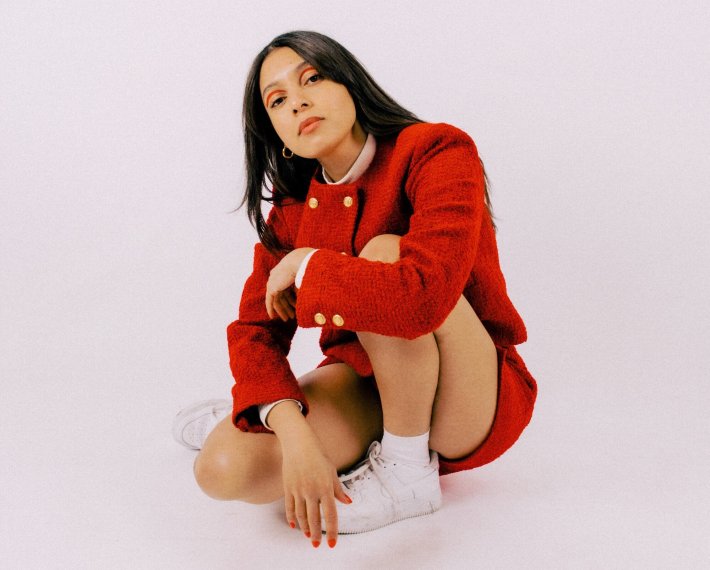 Having already established herself with a broad and inventive array of offerings in recent years, enigmatic artist Seraphina Simone has now returned to deliver her captivating new gem 'Milk Teeth'.

Originally written in response to the death of George Floyd and subsequent Black Lives Matter protests that consumed the world, 'Milk Teeth' was about how she saw herself in a racially divided world. Simone, who is mixed race, became worried that she would not fit into the music world like she grew up thinking, leading to this burst of vibrant emotion and passion.

Speaking about the new offering, she said, “Milk Teeth is about growing up feeling ugly and invisible. Beauty standards were inextricably white, with the idealised woman being a gamine, long-limbed, milky-skinned waif. I was brown and short with frizzy hair and I dreamed of waking up one day looking like Alexa Chung or Cory Kennedy or Kate Moss. Rather than questioning the system and thinking how fucked up it was that I was made to feel like I wasn't enough because of the colour of my skin and body shape, I internalised it and made it my mission to fit in, spiralling into self-loathing and self-denial about my own heritage because of some fear of being too Other. It's ironic that as an indie kid that scene was all about a community of awkward misfits, except all the misfits looked the same. It's taken me a long time to unpick all that bullshit and accept myself as I am.”

Her long-awaited debut EP, also called 'Milk Teeth', will be released this summer on YALA! Records, and you can check out the new single in the player below.

9 hours 18 min ago With her eagerly-awaited new remix EP landing next month, Bess Atwell has now shared the next cut

12 hours 13 min ago After an astonishing run of form throughout his releases over the last decade, South African sing