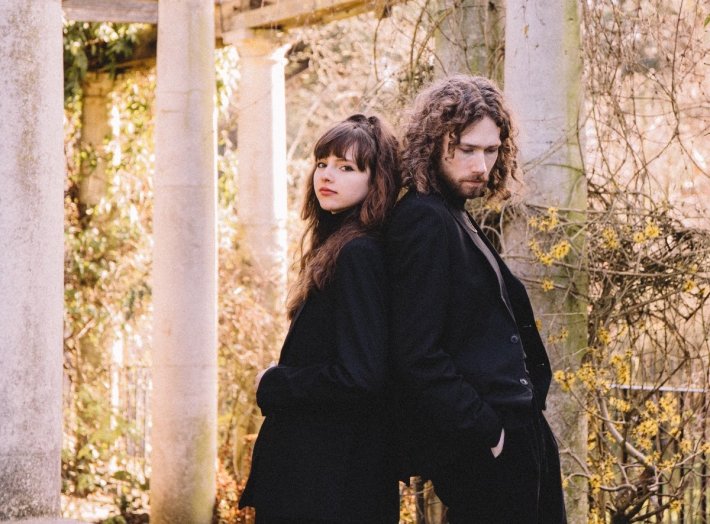 After receiving a flurry pf praise and attention from the likes of The Line Of Best Fit, Euphoria, Earmilk, When The Horn Blows, BBC Introducing and Reprezent Radio for their glittering releases these last few months, Essex-based dream-pop duo Head Ballet have now looked to cement their legacy to date with the release of their eagerly-awaited debut EP 'Suddenly It's Making Sense'.

Featuring the previously unveiled gems ‘Real Life’ and ‘To Know Yours’, and showcased by the newly shared 'Beachgrass', this new five-track collection embodies all the rich and vibrant aesthetics they have cultivated for themselves. Brimming with bright and alluring textures that follow in the footsteps of Chvrches and Oh Wonder, 'Suddenly It's Making Sense' makes for an impactful introduction to their direction to date.

Speaking about the new offering 'Beachgrass', they said, "We started with a guitar loop from a voice memo Danny’s flatmate recorded and the song grew from there. The rawness and delicate nature of the guitar lead to reflective lyrics pouring out. The song focuses heavily on a sense of belonging. The name “Beachgrass' came from a book Kiera was reading at the time called Shuggie Bain by Douglas Stewart. It featured in a sentence amidst a flashback, which in turn triggered the urge to write a song that sounded like one. Sonically, we wanted a dream-like, glittery feel so turned to synths and playful pitched vocals, taking inspiration from alt-pop and hyper-pop production."

Head Ballet's debut EP 'Suddenly It's Making Sense' is available to stream now, and you can watch the new video for 'Beachgrass' in the player below.

10 hours 58 min ago With her highly-anticipated new album landing in the coming weeks, Ezra Furman has now dropped ye