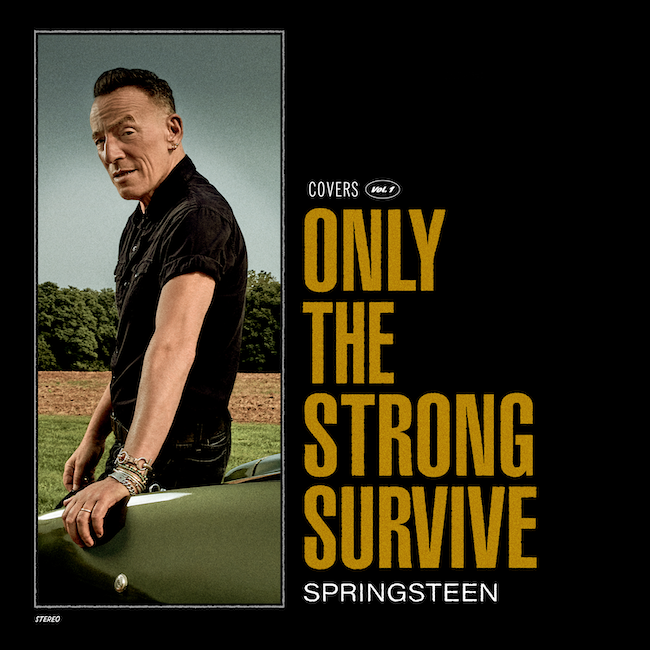 Throughout the last five decades, Bruce Springsteen has remained one of the most accomplished and beloved names on the international music scene. Regularly performing at stadiums around the world, usually putting on shows many hours long, his legendary status has only grown in recent years as he continues to find something new and interesting in which to take his sound and direction. But with so many influences under his belt, he has now looked to pay homage to those that first fused his style with 'Only The Strong Survives', a covers record that sees him take on those artists that mean the most to him.

Drawing from the back catalogues of iconic record labels such as Motown, Gamble and Huff, Stax and many more, 'Only The Strong Survive' is a way for him to bridge the gap between his earliest beginnings and where he has been planning to take himself lately. Largely focusing on the soulful croons from artists like Commodores, Ben E. King, Four Tops, and The Temptations, this new collection presents itself as a raw and open look into his own psyche. Brimming with sweet and intimate moments that really ooze with a passionate intent, he is continuing to impress far into his seventies here.

While covers albums never normally get the same level of respect as original material, 'Only The Strong Survives' is a far less cynical release as his love for these songs remains palpable throughout. Moving with his signature swagger at every turn, he has brought these seldom heard classics back to the forefront once again.

10 hours 45 min ago With their eagerly-awaited new album landing in just a few weeks, Orbital have now dropped the ne

13 hours 43 min ago After cementing themselves with a wealth of rich and shimmering delights these last few years, Ir