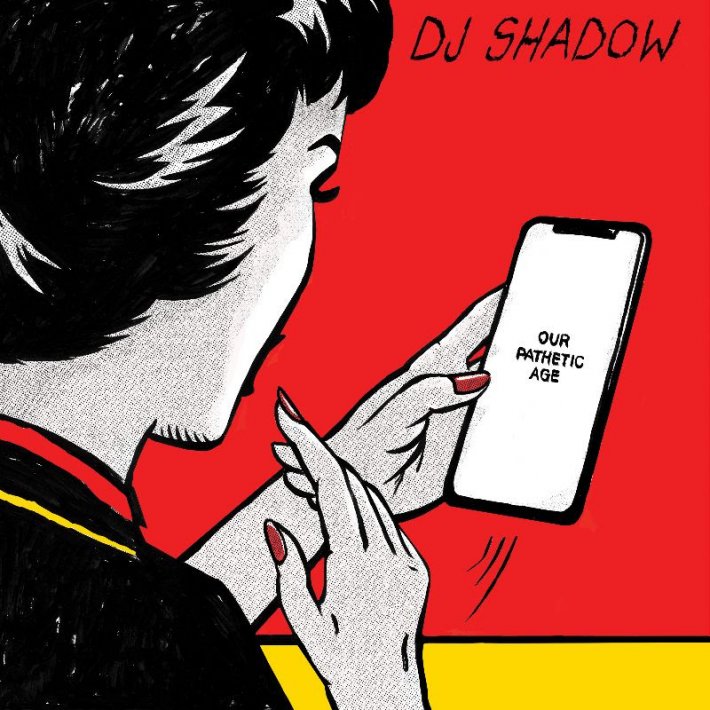 While it is common knowledge that the double album has been the go-to gimmick for many artists throughout 2019, there are very few artists that could showcase the idea as well as DJ Shadow. Since his earliest incarnations, DJ Shadow has always ventured down two separate paths with his blend of hip-hop and electronica. One has been the bold and psychedelic direction of ambitious instrumental cuts, while the other looks to showcase his ability to provide a powerful and intricate backdrop for other artists to jump on, and this is exactly the two sides of the coin he shares on his sixth studio record 'Our Pathetic Age'.

But rather than simply unveil another double album with just enough material to pass as a two-sided feature, this is truly two LPs strapped together and only have a few hallmarks to share between them. The first half of intricate and fascinating instrumental compositions stretch on for 11-tracks, mostly short bursts of ideas but still manage to ring back to the heydays of 'Entroducing'. While its latter pairing, featuring guest spots from Run The Jewels, Nas, De La Soul, Pusha T and many more, is the pure and uncompromising hip-hop flavour that he has been cultivating in the last few years, making this a truly retrospective and career-examining collection.

Personally, it feels like far more attention was given to the second half of the release, given that its first segment feels more like incomplete ideas that are not as well-formed as its later counterpart. But this is still a record with plenty of punch and intrigue laced throughout. 'Our Pathetic Age' started off as a challenge to himself, but feels far more like his ode to the sound that made him a household name in the first place.

Japandroids - 'Near To The Wild Heart Of Life'

Lower Than Atlantis - 'Safe In Sound'

Deaf Havana - 'All These Countless Nights'

1 day 7 hours ago After spending much of the year releasing a batch of highly-praised new material, James Vincent M