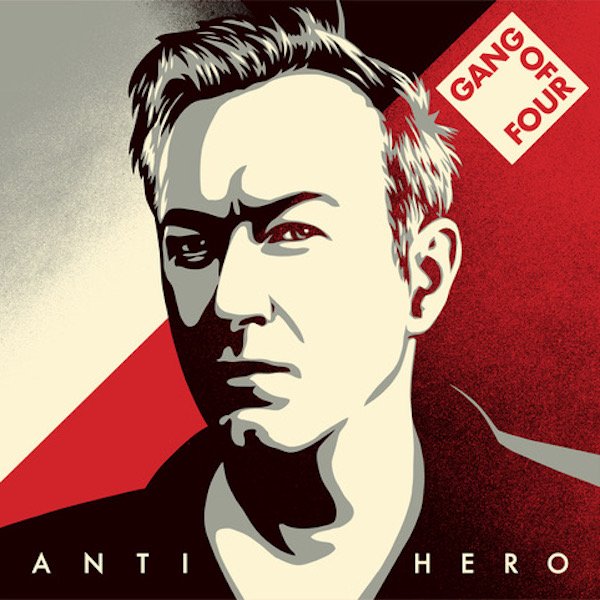 When guitarist and founding member of inspirational post-punk outfit Gang Of Four sadly passed away in February this year, his death resonated hard with those that admired his work. As a champion of the underdog and musical visionary in his own right, he was the driving force behind some of the band's most memorable and notorious material, cementing their legacy as one of the more important outfits to ever emerge from the scene. And now the surviving band members, alongside his widow Catherine Mayer, look to give fans one final blast of Gill's passionate persona on the new EP 'ANTI HERO'.

The title itself is taken from Gill's lifelong mistrust of those that see themselves as the hero in the story. Always understanding that skin-deep love and appreciation is never the full story, this new four-track collection looks to examine the idea that not everyone is exactly as you see them, that there is always more to their narrative. Running with this idea throughout the length of the EP, the band look to deliver one crisp and powerful offering after another, and aside from the final track 'Glass', which is more of a nod to their origins, the release makes for a bold and forward-thinking delight that shows Gill was far from low on ideas, even right before his death.

While it is intended to play as more of a curtain call to Gill's life and musical mastery, 'ANTI HERO' shows that the group were always keen to bring new concepts and aesthetics to the table. Ever evolving and progressing as an outfit, Gang Of Four cap off Gill's legacy in strong and pulsing style, a fitting end for one of the capital's most loved musical heroes.

2 days 9 hours ago With his highly-anticipated new album set to drop later this month, Baio has now returned to deli