Getting To Know... Allison Lorenzen

Getting To Know... Allison Lorenzen

Her debut solo single 'VALE' is out now 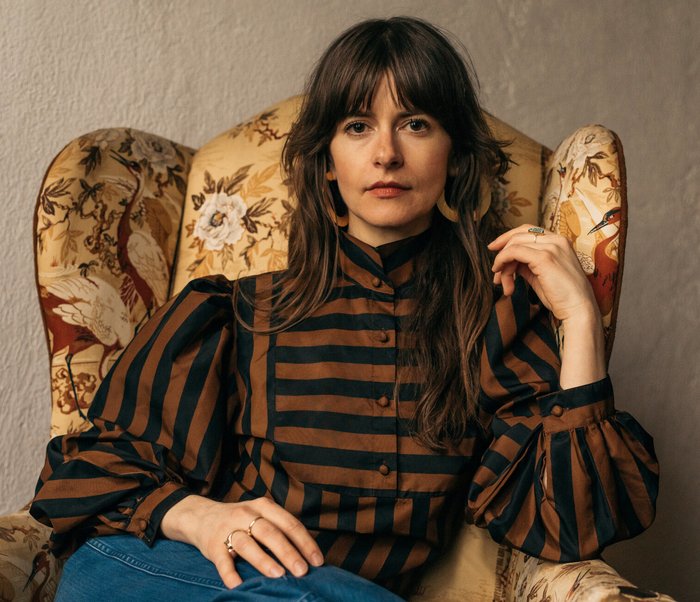 After originally making her mark as one half of the synth / percussion duo School Dance, Denver-based artist Allison Lorenzen is now looking to break out on her own as she delivers the wonderful debut single 'VALE'.

Collaborating alongside Midwife for the release, 'VALE' makes for a beautifully deep and atmospheric introduction to her sound. Filled with a rich and soaring texture, stripped-back production, and her own sweeping vocals at the helm, this initial offering spells the beginning for some truly wondrous delights on the horizon.

So with her debut effort available now, we sat down with her to find out more about her origins and what has inspired her most over the years.

Piano! I took lessons from my best friend’s grandmother when I was 5 years old. I also loved guitar from afar - my grandfather played in a country band and taught the grandkids a bunch of country songs.

I had a VERY devoted Bob Dylan phase, to the point that I attended school in Minnesota because that’s where he had grown up. Additionally: Mazzy Star, Jimi Hendrix, Nirvana, Led Zeppelin, Portishead, and all the 90’s hits.

Oooh that’s a question! There are so many perfect songs in the world which I don’t necessarily wish I had written. I have this (admittedly esoteric) belief that creative works come through whomever is open to bringing them to life. If absolutely pressed to choose a song, I’ll say ‘I Will Always Love You’ by Dolly Parton, because damn, if that’s not the epitome of a hit song, I don’t know what is. That, or ‘Du Hast’ by Rammstein.

Movement, such walking, running, biking, being on a train or boat are always helpful for creative flow. I don’t force it. If one idea feels stuck, I’ll turn to another and work on that until the original feels ready to revisit.

92%. The exceptions include a song my friend Hana and I wrote about a plastic horse, the first half of ‘VALE,’ which is lightly based on a book, and my band School Dance had a song about a living room.

Well, I’m currently on a recording retreat in the high desert and just yesterday was attacked by a rooster. I was collecting chicken eggs from the coop in the morning when an enormous white rooster charged at me, causing me to fall TWICE into a gigantic cholla cactus that was directly behind me. I’ve spent the last 24 hours removing cactus needles - a truly unexpected start to the retreat. I can sort of appreciate the humour...and will more so as the wounds heal.

Blonde Redhead! They’ve been a favorite for many years.

I almost didn’t take the path of a musician. I was a dancer for many years and began writing songs in my mid-twenties while at a dance festival in Germany. My background includes a lot of somatic and healing studies, and I plan to open a sauna.

To not overly self-censor, and to follow exactly what feels right to oneself, even if it seems like an unusual choice.

Allison Lorenzen's debut single 'VALE' ft. Midwife is available to stream and download now. Have a listen to it in the player below.

3 hours 11 min ago With their highly-anticipated new EP arriving early next month, People Club have now unveiled the