Getting To Know... Andy Keels

Getting To Know... Andy Keels

The frontman's new single 'Dead To Me' is out now 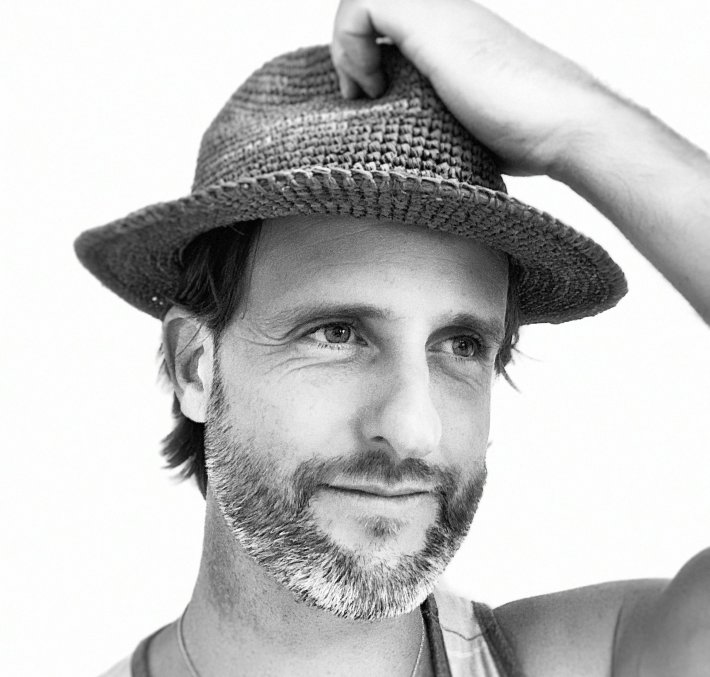 With his highly-anticipated debut EP '15 Years' set to land early next year, Surrey-born singer and songwriter Andy Keels is now looking to wet our appetites with his latest single 'Dead To Me'.

Channeling the rich and soaring aesthetic of the 1980s pop-rock sound, 'Dead To Me' sees the frontman deliver a wonderfully bold effort. Filled with powerful riffs, catchy hooks, and some truly passionate songwriting, expect his new collection to be jam-packed with anthems like these.

So with the new single doing the rounds right now, we sat down with him to find out more about his origins and what has inspired him most over the years.

The computer! Strange answer, I know, but, when I started writing songs I didn’t play any instruments so I used to record all my ideas on my laptop, whereby, I’d sing all the different parts (and instruments). I then started using some basic production software to put in beats, bass, and strings/synth parts, which was a lot of fun. I never made any finished products this way but it was helpful for writing and structuring songs. If you want to know my first love of a ‘real’ instrument then, while I’ve taught myself to play guitar over the years, it’s got to be the drums as I learned them first and was obsessed with them as a teenager.

Tough question - there’s a lot of things but fundamentally it’s the love of it! There are so many aspects to music that I enjoy; when you write a new song that you love, collaborating with other people and coming up with great stuff together, and of course then performing what you’ve written and it’s even better when the audience has an amazing time too. So, while I am of course also inspired by so many other artists, the love of playing and writing has always kept me coming back to it and I’ve never stopped writing as that’s a passion and a kind of therapy.

I listened to a massive range of music as a teenager (and still do) but my favourites as a teenager were Green Day, The Offspring, Nirvana, Rage Against The Machine, Red Hot Chili Peppers, Snoop Dog, and of course some of the classic Brit bands at the time; Blur and Oasis- if you’re allowed to like both!? Haha, with the rivalry they had back in the day I’m not sure if I should say- maybe it’s a bit like being a Manchester UTD, or Manchester City fan!? In any case, they were both brilliant! There are loads of others as well but those were the main ones.

Not to repeat myself from the earlier question and (hopefully) not to sound cheesy, but it’s the love of it. I have played in various bands over the years and done session singing but I try and play my acoustic guitar for at least half an hour almost every day and have done for the last 15 years. That’s sad to admit from one perspective as my guitar playing is still pretty average (at best) but the point is I love playing and writing. It’s a kind of therapy for me and I love coming up with cool songs and ideas.

I’ve now got to a point where I’ve written hundreds of songs over the last 20 years and I’ve missed doing gigs so much that I’ve decided to save up and do and EP, which will be followed by a second part (when I can get the time and money together to record it) to make up an album. I couldn’t be happier with the EP I’ve recorded so far, the challenge is now trying to pick the additional 7 songs to put on what will be the second part of the EP, as I have so many to choose from, but that’s a good problem to have. I’ve had some great feedback on the first single so I hope people enjoy it as much as I do – if they do, I’ll be really pleased! It’s always been a dream to have a top 10 hit so, hopefully I’ll do that one day!

I have and always will listen to a range of music but some of the music I’ve been listening to recently includes some 1950’s Jazz, as well as, Muddy Waters, , BB King, Lewis Capaldi, and the extremely talented Spencer Zahn (who played bass on my EP). His stuff is brilliant and has a really cool vibe so I highly recommend giving his new album (Sunday Painter) a listen! Aside from these, I’ve just been playing a lot of my own stuff as well as I’m trying to figure out which songs to choose to record next.

When I started writing, pretty much every song was about my girlfriend at the time. Now, while I do occasionally write songs about people, or, circumstances- Dead to Me, being a good example. I have a very different macro view of songwriting now to when I started out. While melodies and lyrics still often pop into my head, when I work on songs that I may have fully structured and have melodies, I try and think of what would be a cool idea for a song in terms of the story. This can be tough as you can’t force a song (lyrically) to go against the feeling that’s there from the chords and tempo you choose, but it definitely helps to be more creative with the lyrics and the instrumentation.

This collection of songs I’ll be releasing will therefore have a broad range of themes/stories, and vibes, which I think is a good thing. Some of the songs are about people in my life, some are just ideas or concepts I wanted to write about. In any case, I’m really excited to share them and see what people think.

My brother (Niall) and I were asked to sing at the Make A Difference Leadership Foundation event in New York several years ago and Morgan Freeman was there as a guest and also supporting the charity. My brother and I were obviously pretty excited about that as we’re both big fans of his. Long story short, not only did we get to meet him but he was even more of a legend in real life. He came over to us and asked about our music and was very complementary. I’m not sure if this is unusual but it was definitely unexpected and a very cool memory.

Living or dead? Living, I’d love to open for Coldplay. They’re shows are always great and the crowds are receptive and full of energy, so it’d be an incredible experience to perform in front of a huge, excitable crowd. Dead, I’d love to have met Ray Charles as he is one of my all time favourite artists. I’d then have tried to sneak back on and do a song with him during his set.

I have already taken many paths as, like most musicians, it’s so tough to make a living doing music alone that nowadays it’s not only doable but necessary to have other things going, if you can. I’m also an actor (and the same applies there) so over the years I’ve worked doing loads of other jobs from working as a labourer, to waiting and bar work, to removals, to landscape gardening. I also work in digital ad sales, which, it turns out is full of other creative people and lots of musicians, so it’s always great to have music as something to bond over.

This is not specific to being a musician but the best advice I got that’s related to performing was when I was at acting school from a teacher named George Loros. The advice was to trust your talent. I’ve found that advice really helpful over the years since. We can all have moments of self-doubt and insecurity, or, just shitty times where everything seems to be going wrong, so, for me, with acting and music, if I ever I have doubts, I remind myself of that quote and all the years of hard work, training, and experience I’ve had and how many amazing experiences I’ve had as a result and it is reassures me.

Another favourite quote that I love that’s quite apt now is: Tough times never last but tough people do. Again, I nice reminder that with the right attitude and approach to our problems we can weather any storm (especially while also trusting your talent.

Andy Keels' new single 'Dead To Me' is available to stream and download now. Have a listen to it in the player below.

Andy Keels · Dead To Me

1 day 26 min ago After spending much of the year releasing a batch of highly-praised new material, James Vincent M