The producer's new single 'Wonderflow' is out now 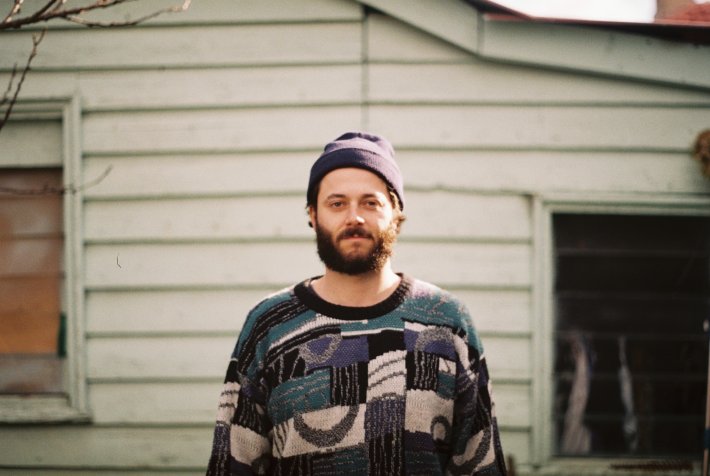 After spending the last few months releasing a bright and diverse array of post-rock-inspired offerings, Melbourne-based producer Nic Barnshaw aka Bloomcore has now returned with his latest stunner 'Wonderflow'.

With a distinct and enticing flair for all things math and post-rock, 'Wonderflow' showcases some of the project's more ambitious ideals. Filled with a bold and shimmering aesthetic, vivid soundscapes, and killer hooks throughout, his latest effort is a heady mix of vibrant ideas and driven sound that result in a wonderfully unique direction.

As a kid I remember listening to this old Australian band that my mum used to love called Midnight Oil, some of their songs used to give me goosebumps (e.g. Power And The Passion). Once I got my first sweet sweet taste of goosebumps I knew I wanted to create that feeling for other people.

I was big into rock stuff as a teen, the big 5 were: Incubus, The Mars Volta, Queens Of The Stone Age, Rage Against The Machine, and System Of A Down. Basically, I loved anything heavy with a melodic singing voice and creative writing. Honourable mentions to bands like Muse, Silverchair, At The Drive-In and Red Hot Chili Peppers which got plenty of spins too.

In my late-teens my tastes sorta moved into other areas with the likes of Radiohead, Mr Bungle, Jeff Buckley, Elliott Smith and Jose Gonzalez. But if i’m mentioning late-teens then i’m obliged to mention the early-teens too where i was listening to stuff like Limp Bizkit, Green Day, Foo Fighters, Blink 182, etc. Gotta start somewhere i guess!

My studio is set up pretty nice, but i don’t know if inspiration is an environmental thing as much as it is just, like, a “passage in time” sorta thing. The things that get “input” into you largely influence the “output”. That could be the music you listen to, or it could be the friends you’re hanging out with, or the experiences that you go through, the places you’ve been. Just living your life is what gives inspiration. It’s just a matter of putting a nice pretty packaging on your output every now and then.

That’s tough. Anderson Paak has probably been my most played artist over the last few years. There’s an awesome indie-soul artist called Jachary that more people need to know about. He’s a go-to for when I have friends over, along with Oddisee, Nick Dorian, Vulfpeck, Kaytranada, Thundercat, and of course the great J Dilla.

Here’s 2 super creative projects that are exciting me at the moment: Bobbing and Las Mar.

And lastly, just wanna shout out some key players that have been heavy in my rotation in the past decade: Hiatus Kaiyote, Flying Lotus, Grizzly Bear, White Denim, Tame Impala, Battles, Bibio, and the band that probably had the most influence on Bloomcore’s sound: PVT (formerly known as Pivot).

None. Does that make me a bad person? To my defense, I make instrumental music.

Well, my career only started a few months ago, so i don’t have the biggest backlog of unusual moments to pull from yet. This interview might be it.

This is currently a recording project, i don’t play live. But if I did, I guess opening for PVT or Tame Impala would be a good fit.

I probably would’ve studied psychology and become a counsellor or something. Either that or one of those pseudo spiritual healer types that people warn you about.

It’s not about the end result, it’s about the process and having fun doing it.

Learned that from watching Omar Rodriguez-Lopez interviews back in 2009. That dude is one interesting human.

Bloomcore's new single 'Wonderflow' is available to stream and download now. Have a listen to it in the player below.

3 hours 14 min ago Following on from an impressive array of releases over the last year, Maisie Peters has now retur

3 hours 7 min ago After making a huge impression as solo acts over the last few years, critically-acclaimed pop pow