The band's new EP 'Alpha' is out now 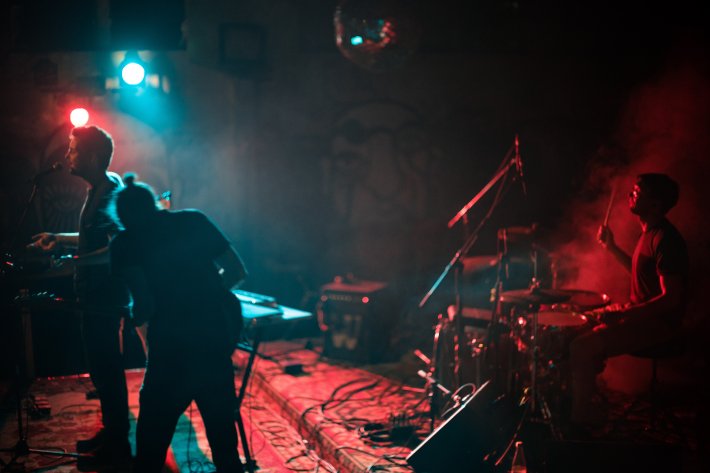 After spending the last few months building up the buzz and anticipation, German outfit Bogislaw have now delivered their highly-anticipated debut EP 'Alpha'.

With its distinct and airy aroma, 'Alpha' makes for a wonderfully bright and captivating introduction to the outfit. Filled with sweeping harmonies, progressive direction, and some beautifully arranged instrumentation, this is one you can truly switch off to as soon as it plays.

So with the new release out now, we sat down with them to find out more about their background and what has inspired them most over the years.

Say no to objectophilia! But, yes, years ago I bought a Martin guitar in Berlin, it was my first really good western guitar and I loved it!

We were primarily influenced by bands and musicians whose focus is on a synthesis of pop music with a distinct electronic and acoustic sound aesthetic. The sound as an emotional parameter in a catchy song - that's what we especially like about Radiohead, Moderat or James Blake.

Even though MTV was already hardly broadcasting any music in the 2000s, there were a few niches in the programme that familiarised the audience with various (alternative/indie/grunge) rock bands. That was great and has something of nostalgia! Those years were an interesting journey from teenage punk rock to modern electronic music.

TALK TALK is not just dusty 80s pop from the radio. "Laughing Stock" is a great album full of different moods. Furthermore, the Berlin band FENSTER is being looked up and down, closely followed by ARIEL PINK. And there’s a lot more: We created a playlist of songs that inspired us, it’s on our Spotify profile.

Well, there are two songs on our EP directed to a „you“ but actually it’s not a particular person we think about. The song "Haze" is a message of giving hope and encouraging someone who goes through a difficult time. Taking him or her out for a ride, out of a hazy state of mind. But there are also tracks with a different lyrical concept. They don’t intend to tell a concrete story. Rather they express vague feelings through intuitively and spontaneous sung words, which the listeners can and should interpret differently.

Mh, is music fun at all?

We are quite modest and hope that we will soon be able to play concerts at all. Whether that will be as a support band, headliner or bouncer is secondary for the strange times we live in.

Well, we have already done things beside our musicianship. Soon we’ll have a PhD in our band.

Develop the ability to play what you hear. That’s one of the most fundamental aspects of creating music I would say.

Bogislaw's new EP 'Alpha' is available to stream and download now. Have a listen to it in full via the player below.

11 hours 33 min ago Following on from an impressive array of releases over the last year, Maisie Peters has now retur

11 hours 26 min ago After making a huge impression as solo acts over the last few years, critically-acclaimed pop pow