Getting To Know... Caity Krone

Getting To Know... Caity Krone

The singer's new EP 'Work Of Art' is out now 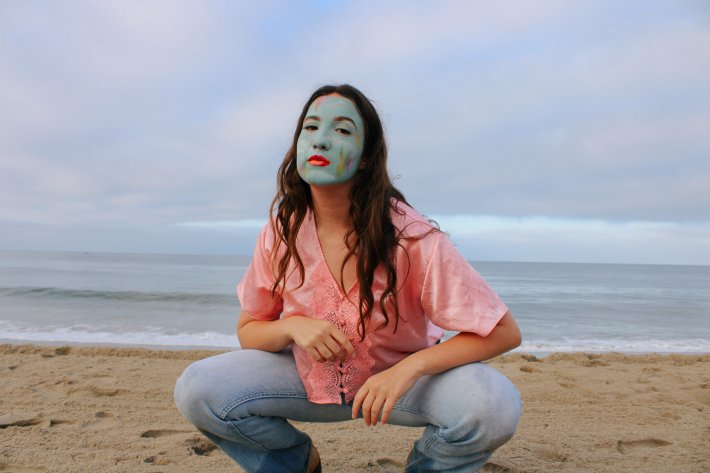 Having spent the last few years releasing a wave of bright and impressive offerings, LA-based singer and songwriter Caity Krone recently returned with her new EP 'Work Of Art', led up by the release's title-track.

Much like her work to date, 'Work Of Art' sees the frontwoman in a bold and uplifting guise. Taking her knack for fresh and vibrant songwriting and blending with a rich and textured production leaves her latest release filled with soaring moments and captivating prose.

So with the new EP available now, we sat down with her to find out more about her origins and what has inspired her most over the years.

My voice, and my pen. Singing and writing always gave me a sense of confidence, and made me feel powerful when I otherwise was very self conscious about my physical appearance and other parts of my character. I was so afraid of taking up too much space physically, but I was proud when I sang, or when I wrote a poem or school assignment.

Right now there’s one person. I keep hoping that will change. I challenge myself and write about my body, about my family, about my roommate or my childhood, but when it’s late at night all I want to do is write about that one person.

Fearless and Speak Now era Taylor Swift, Adele’s 21 when that came out. Ed Sheeran’s first record and the British folk scene that surrounded it (Nina Nesbit, Bombay Bicycle Club, The Wombats, etc.) that I fell into because I loved The X Factor and One Direction. Fun fact, I wrote my first batch of songs ever (one is still up on Soundcloud, called Archipelago) after hearing ‘+’, and played an iPhone recording of me playing it to Ed Sheeran outside Nobu when I was fifteen. My friend was sitting at the table next to him and texted me, so I raced over in my pajamas and he listened to it outside on a smoke break. He said I had ‘real potential’.

I suppose this is a typical answer but it really is such an outlet for me. It’s nice to be able to get something that feels too heavy to carry out on paper to provide some relief, even if only just for a little white.

Every song is written about someone I know - many about people who I don’t speak to regularly anymore - or about myself.

Harry Styles. I always go to his LA shows with my friends and we have the most amazing time. He creates the best energy and a very safe space for his audience, it would be an honor to be a part of a show like that.

I don’t know if I ever imagined myself doing anything else. I suppose I’d be a photographer, since that’s my side gig at the moment, maybe a writer of some kind, or a manager. I’m really interested in the music business side of things, too.

Write about the life that has you and will have you, not the one that leaves you out.

Caity Krone's new EP 'Work Of Art' is available to stream and download now. Watch the new video for the title-track in the player below.

11 hours 26 min ago Following on from an impressive array of releases over the last year, Maisie Peters has now retur

11 hours 19 min ago After making a huge impression as solo acts over the last few years, critically-acclaimed pop pow