Getting To Know... The Cat Magic

Getting To Know... The Cat Magic

The band's new single 'Just The Way' is out now 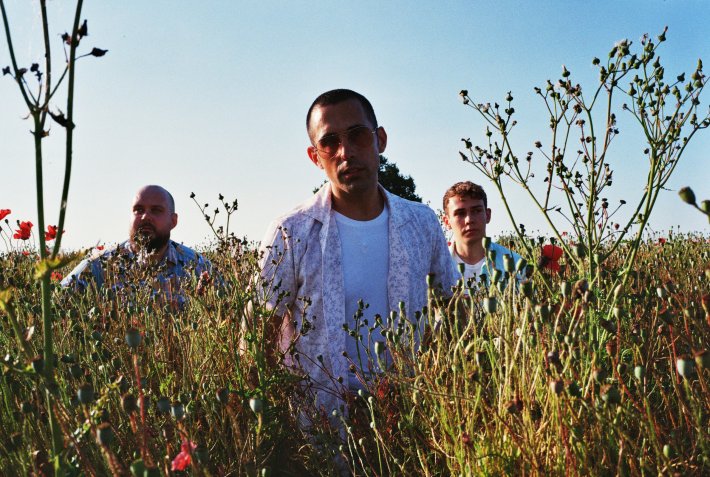 With their previous shared singles ‘Colouriser’ and ‘Maths Club’ receiving radio play on the BBC, Bristol-based outfit The Cat Magic are now looking to continue that positive form as they unveil their latest glittering offering 'Just The Way'.

Taking their cues from the likes of The Flaming Lips and Tame Impala, 'Just The Way' makes for an incredibly bright and psychedelic return. Filled with sweeping guitar, vivid production, and an otherworldly aesthetic, their latest delight showcases a truly broad and rich direction to their growing sound.

So with their new release doing the rounds right now, we sat down with them to find out more about their origins and what has inspired them most over the years.

Laurence - Definitely the guitar. After finally pressuring my parents to buy me an electric they insisted I also had lessons in Spanish guitar. I think they didn't want me to just be just learning power chords and playing Smoke On The Water which actually really helped in the long run. Although I got into electronic music and synths a little later in life, the guitar has always just been the most natural and tactile instrument.

Alexei - I remember taking recorder lessons with Laurence when we were about 7 or 8, so I’ll always have an affinity with playing ‘hot cross buns’ ad nauseum through a plastic mouthpiece. From there I got my first Electric guitar at about age 11 and started a lifelong obsession with it. I had no idea about effects and things (except distortion) but spent hours playing along to MTV 2 music videos.

Stefan - When I was about 10 my sister pestered my parents enough that they caved and bought her a drum kit, which she played about twice and then forgot about. I remember spending hours annoying the neighbours with crudely-played simple rock beats. Later on I picked up the bass and fell in love with the driving yet melodic nature of the instrument. The rhythm section will always hold a special place in my heart.

Laurence - Inspiration for me is such a lucid thing that you can’t pin down. It could be anything that I see or experience. It could even be brought on by experimenting with new sounds, pedals and all of a sudden I’ll get a micro snapshot of a vision and just chase it. I also hugely believe in the idea that myself and the guys are creating the kind of music that we’d want to hear if it existed.

Laurence - It started out as the rocky teenage classics: Nirvana, AC/DC, Green Day, Korn, Slipknot, Red Hot Chili Peppers, Metallica etc. In my late teens it became more the indie side of rock which then led the way into more electronic stuff.

Alexei - yup, more rock as well. Nirvana were the band that first made me want a guitar. I was exposed to a lot of Led Zeppelin, Neil Young and Alanis Morissette growing up. I got really into melodic, acoustic stuff, like Bright Eyes and Jose Gonzalez when I was around 16, which meant I needed an acoustic guitar. I think that’s informed a lot of my indie music choices from there on out.

Stefan - I used to listen to a lot of indie rock stuff as a young teen; Two Door Cinema Club and the like. The heavier side came a little later as I got into bands like Royal Blood and Queens of the Stone Age.

Laurence - I remember back in the day there was an advert for Tetley tea on the TV and they had Bill Withers “Lovely Day” on it. On the chorus the lead vocal drone and the way the bvs do that little “gonna be” bit blew my mind and made me want to have a go.

Alexei - I think it was Karma Police by Radiohead. I didn’t think much of them (outside of Creep) until my late teens, by which point I’d learnt a bit more about playing music. It was the sudden realisation that I didn’t know shit, but I needed to know what they’d done there. I spent hours listening to all the different parts. I’d never given much thought to arrangement, space and composition before that point, but it changed how I listen to music for sure.

Stefan - I think listening to the album Lonerism by Tame Impala for the first time really opened my eyes to the possibilities in composition and sound design in music. The song "Nothing That Has Happened So Far Has Been Anything We Could Control" in particular made me realise that music was what I wanted to do.

Laurence - Whatever I’m obsessed with at that given time.

Alexei - Something familiar in the morning.

Stefan - Something catchy and uplifting.

Laurence - Songs I write are less about someone directly and more about situations, positions and ideas in the wider sense. Of course I wouldn't rule any angle out for the future.

Laurence - Getting played on the radio for the first time was quite the giggle for me. It really was weird hearing yourself and then the presenter saying “so great isn’t it, that’s The Cat Magic”. I then went for a walk as I was so hyped.

Alexei - The first few gigs were just not fun. Loads of nerves, technical problems and lack of experience. After the first gig I enjoyed it was a big eureka moment as we were all like “that’s what you’re supposed to do!” It’s been more rewarding ever since.

Stefan - Hitting 1000 listeners on Spotify for one of our songs for the first time was a bit of a moment for me, realising that people who have no connection to me and who I've never met have listened to our tracks.

Alexei - I’ve got a 9 month old puppy so I spend a lot of time being dragged around the park.

Stefan - I spend a lot of time at the climbing centre.

Laurence - Probably doing lots more painting or something else creative.

Alexei - I’d be far more bored in the day job that’s for sure. I actually really wanted to be a roadie or a photographer when I was like 16, so would probably end up following bands around in some form.

Stefan - I'm currently doing a degree in Engineering so I'll probably have that as a less interesting career alternative.

Laurence - Get the songs and music the best they can be, be brutal with the quality control, keep experimenting and trying to outdo yourself.

Stefan - Only make stuff you're fully interested by, you can't fake a creative spark.

The Cat Magic's new single 'Just The Way' is available to stream and download now. Have a listen to it in the player below.

1 hour 41 min ago Following on from the release of their Graham Coxon collaboration 'WHAT YOU GONNA DO???' earlier

Getting To Know... Denzel Wilson

18 hours 53 min ago With his highly-anticipated new EP 'SILHOUETTE' expected to arrive in the near future, rising sin