Getting To Know... Cigarettes For Breakfast

Getting To Know... Cigarettes For Breakfast

Their new single 'Wait' is out now 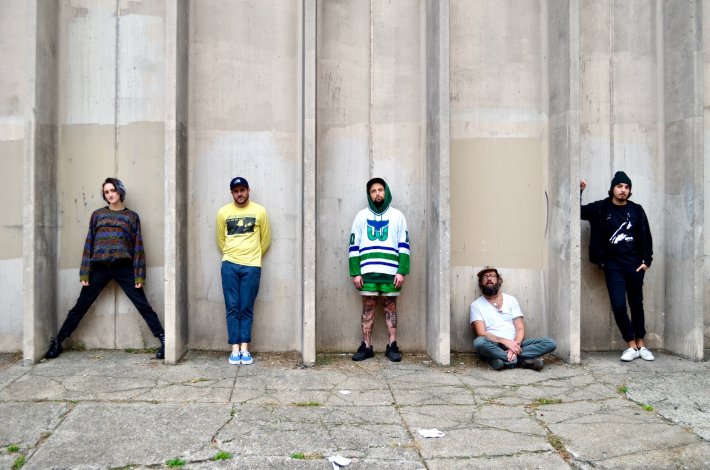 Having spent the last year releasing a wave of bold and captivating releases, Philadelphia-based outfit Cigarettes For Breakfast are now kicking off their 2021 with their euphoric new single 'Wait'.

Channelling a mix of post-rock and shoegaze influences, 'Wait' sees the five-piece return in stellar form. Filled with enormous riffs, dense atmosphere, and some truly awe-inspiring moments, their newest release spells great promise for their year ahead.

So with the new single out and about, we sat down with Matt from the band to find out more about his origins and what has inspired him most over the years.

Definitely guitar. I played cello and trumpet before playing guitar but there's just something about a guitar that's really special. There are so many different ways to approach playing one, the possibilities are endless, really.

Hmm that’s a tough one. I don't know if I can pinpoint one song in particular but growing up, my best friend and I spent a lot of time listening to bands like Nirvana, Weezer, and Green Day (all the rage at the time). We started (very poorly) trying to write music like that at a pretty young age.

Ehh I was kind of all over the place as a teenager. I listened to a lot of 90’s/early 2000’s hip hop. Definitely lots of psychedelic rock and heavy guitar driven music. At the time I really liked stuff like At the Drive-in, Circa Survive, and The Black Angels. Those are kinds of bands that really inspired me to take music seriously. After high school I got more into the shoegazey stuff like My Bloody Valentine, Slowdive, and pretty much anything pushing the boundaries of unique or effects-driven guitar playing.

For some reason I usually find inspiration right before I need to leave to go somewhere haha or whenever it is really inconvenient to work on it like the middle of the night or something. If the idea survives until the next time I have time to work on it, it's usually worth developing.

Definitely Nothing. They’re the hometown homies and we’re really stoked on how their new record The Great Dismal came together. Our drummer, Tony, filled in for them on tour between Downward Years to Come and Guilty of Everything and we’re really happy to see them killin it. Also been listening to a lot of Tennis System. They rip so hard. I highly recommended catching them live if you ever have the chance. Fleeting Joys, Slow Crush, and Amusement Parks on Fire have also been pretty heavy in rotation.

I tend to conceptualize around big picture ideas for the most part. Sometimes they do end up being about specific people in my life. “Wait” being a pretty obvious one. I think one of the beautiful things about “Wait” is that most people can relate to being a child and overhearing their parents arguing. What that means and what memories that brings up for you personally could be completely different than they are for me. This could be something that happened a lot or it could be something that only happened a handful of times. I think sometimes it's important to remember that nobody is perfect. We are all human and we’re all floating around on this giant space rock together.

Starting a new band during a pandemic has definitely been pretty unusual.

I thought about joining the military at one point haha that would have been weird.

Cigarettes For Breakfast's new single 'Wait' is available to stream and download now. Have a listen to it in the player below.

22 hours 22 min ago After developing her sound and style watching her Dad play Irish trad music, and seeing her grann