Getting To Know... The Connecting Dots

Getting To Know... The Connecting Dots

Their new album 'Oblivious Beat' is out now 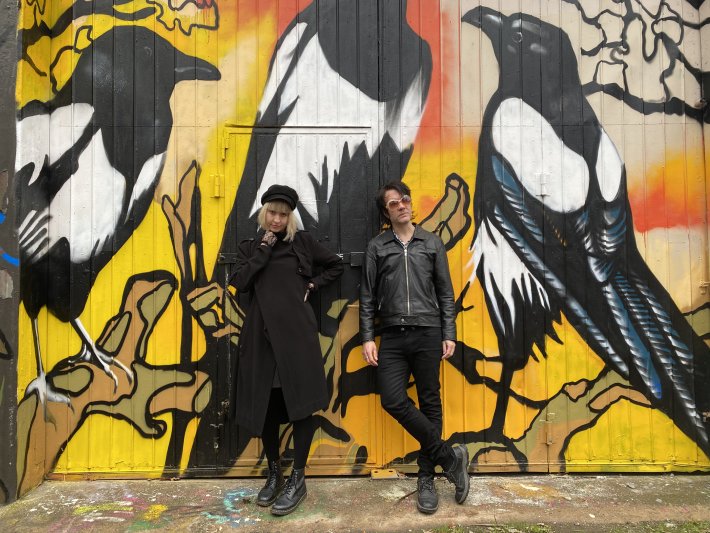 Previewed by the new lead single 'In The Movies', 'Oblivious Beat' makes for a wonderfully warm and woozy new release. Filled with sweeping emotion, breezy production, and some killer hooks throughout, this new collection is perfect for kicking back after a hard day's work.

So with the new album available now, we sat down with them to find out more about their background and what has been inspiring them most over the years.

Johan: I was into synth pop like Depeche Mode and Alphaville, but at the same time I admired the look of Mötley Crue and had their posters on the wall. Then I realized what sums it up: David Bowie. Every band I like, from Depeche Mode to Mötley Crue, is somehow influenced by Bowie.

Helena: No, just being left alone.

Helena: Bright Eyes - ”Down In The Weeds, Where The World Once Was”.

Helena: No idea.... a thousand? And seven about cats.

Johan: None about cats so far, but they’re coming. And probably a thousand about people.

Having to postpone all tour dates due to a worldwide virus is definitely an unusual moment.

Helena: I would love to open for Le Tigre!

Johan: Depeche Mode would be a blast.

Helena: Just do your own thing. Do it for yourself, don't worry about what other people will think.

Johan: I could not have said it better.

The Connecting Dots' new album 'Oblivious Beat' is available to stream and download now. Have a listen to the new single 'In The Movies' in the player below.

9 min 34 sec ago After delighting us with a flurry of warm and enticing releases these last few months, James Vick

26 min 15 sec ago After establishing himself with a flurry of releases throughout last year, fast-rising artist Tot